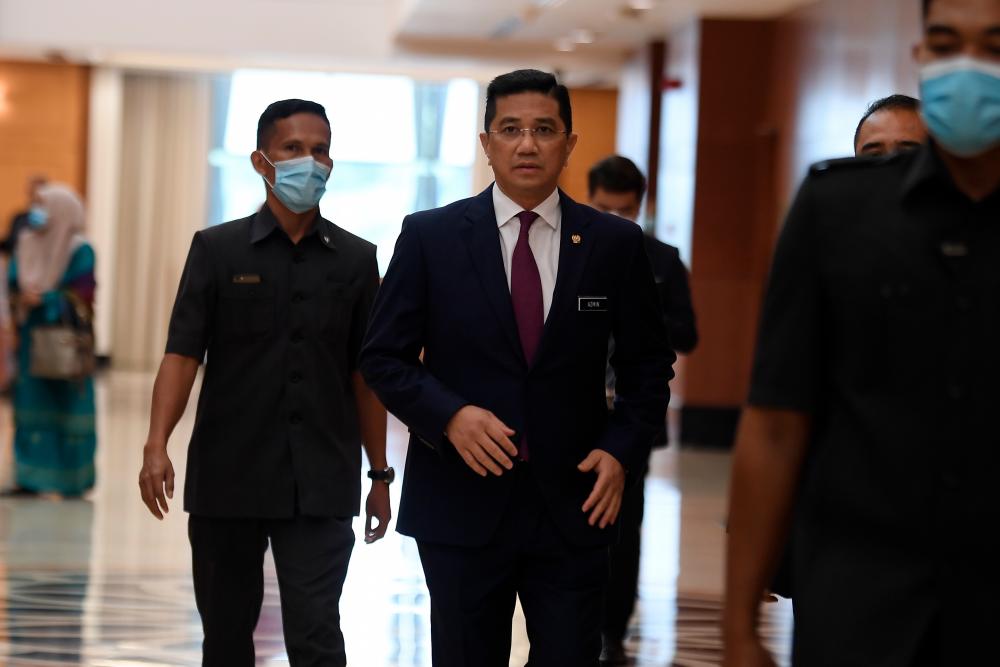 PUTRAJAYA: Ten Gombak voters today failed in their bid to obtain leave from the Federal Court to pursue with an appeal to reinstate their lawsuit against Gombak Member of Parliament (MP) Datuk Seri Mohamed Azmin Ali for alleged deceit and breach of fiduciary duty.

In the court’s unanimous decision, Justice Azahar said the legal questions proposed by the voters’ lawyer for determination of the Federal Court did not fulfil the threshold requirement of Section 96 of the Courts of Judicature Act 1964.

He did not make any order as to cost, saying that the matter was a public interest case.

In the court proceeding, which was conducted online, lawyer K.Shanmuga, representing the voters, proposed four legal questions, contending that the issues involved whether a MP who had made representations during the election could go against the promise that he had made.

However, Mohamed Azmin’s counsel, Muhammad Nizamuddin Abdul Hamid, countered saying that leave should not be granted.

In order for an applicant to get leave to pursue an appeal to the Federal Court, he/she must convince the court by framing novel legal and constitutional questions which were of public importance and raised for the first time as required under Section 96 of the Courts of Judicature Act.

The voters wanted their suit against Mohamed Azmin to be reinstated and to be remitted back to the High Court for trial. The suit was struck out by the Court of Appeal on April 13 this year after allowing Mohamed Azmin’s appeal.

The 10 voters sued Mohamed Azmin, who is the International Trade and Industry Minister, for alleged deceit and breach of fiduciary duty as their (MP) through the “Sheraton Move’ that caused the Pakatan Harapan government to collapse in February 2020.

In their statement of claim, the voters sought, among others, a declaration that Mohamed Azmin, as the Gombak MP, had breached his fiduciary obligations, deceived them during the election in the constituency and also breached the representation made to them.

They sought damages, including aggravated and exemplary damages, interests, costs and other orders deemed fit by the court.

On June 30, last year, the Kuala Lumpur High Court dismissed Mohamed Azmin’s application to strike out the suit prompting him to appeal to the Court of Appeal which subsequently decided in his favour.

In his application, Mohamed Azmin contended that the suit violated his fundamental right to freedom of association as provided under Article 10 Clause (1) (c) of the Federal Constitution.