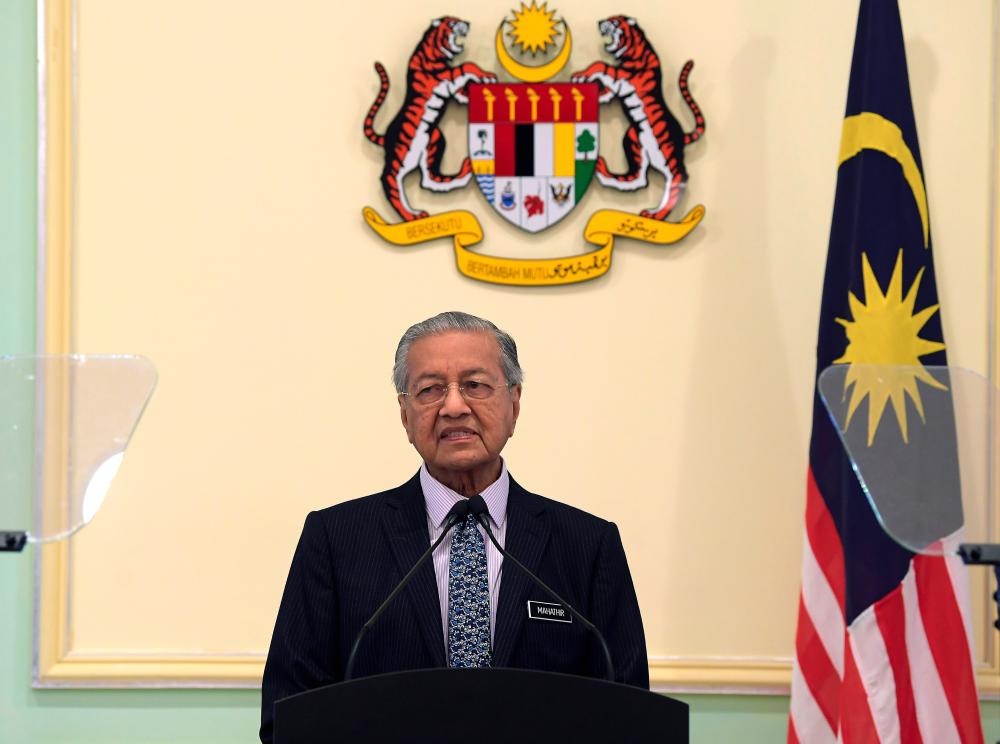 KUALA LUMPUR: The government will review the National Security Council (Amendment) Bill 2019 before tabling it at the Dewan Rakyat again, according to Tun Dr Mahathir Mohamad (pix).

The Prime Minister said the government realised that at this point in time, there were many different opinions that needed to be considered.

“We found various feedback. We will have to look at it again, for us to include new ideas that have been passed on to us,” he told reporters at a press conference at Parliament today.

He made the comment when asked why the Bill had been withdrawn from the Dewan Rakyat on Wednesday.

When asked when an amended version would be tabled, Mahathir said: “I don’t want to guarantee anything at the moment , but it will be as soon as possible.”

The Bill was first tabled on April 9, but was withdrawn by Deputy Minister in the Prime Minister’s Department Hanipa Maidin.

The amendments, among other things, would see the power to declare security zones transferred from the Prime Minister to the Yang DiPertuan Agong on the advice of the National Security Council.

The National Security Council Act, which was passed by the Dewan Rakyat in December 2015 and which took effect on Aug 1, 2016, enabled the prime minister to declare an area a “security zone”.

This would then enable security forces to check individuals, vehicles or buildings without warrants.

The law also removed the need to investigate deaths caused by police or military operations in these areas.

In August last year, Mahathir pointed out that the legislation would allow the government to arrest anyone without trial.