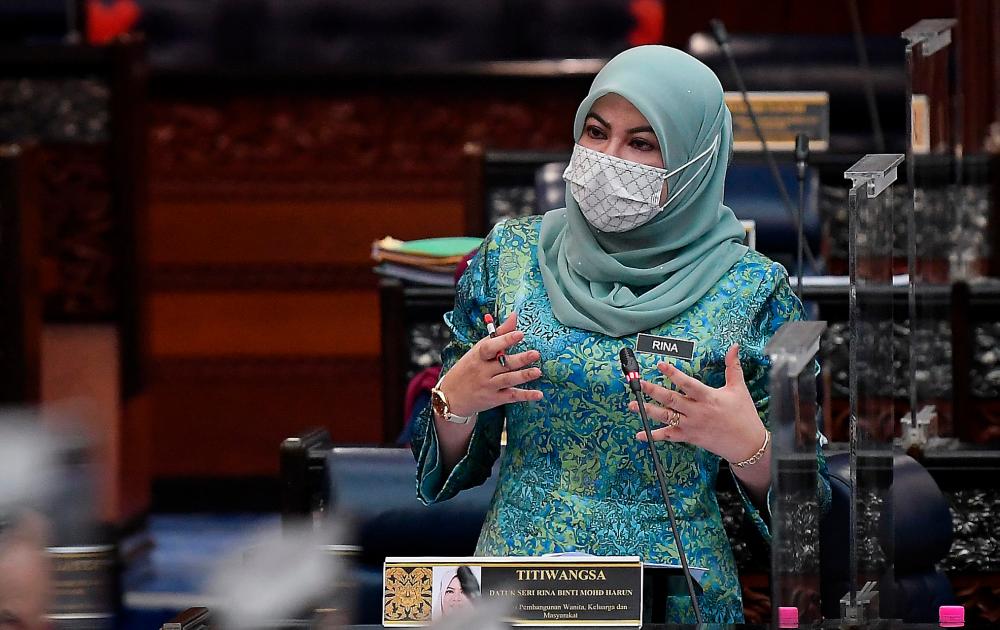 KUALA LUMPUR: The Ministry of Women, Family and Community Development is committed to ensuring that the Anti-Sexual Harassment Bill is tabled in Parliament as soon as possible.

Its minister Datuk Seri Rina Mohd Harun said, however, the due diligence process had to be carried out carefully which would take some time.

She said currently, the process of reviewing and improving the draft of the bill as well as engagement sessions with various stakeholders were being actively implemented before the bill is submitted to Cabinet for approval, and then tabled in the Dewan Rakyat.

“There are several issues raised that require in-depth study like the elements of prevention and social responsibility to ensure preventive measures are implemented in the organisation,” she said when winding up the debate on the motion of thanks for the royal address, in the Dewan Rakyat here yesterday.

She said attention was also given to another element, namely the safety of victims who come forward to lodge complaints.

Rina said the ministry also took into account numerous forms of sexual harassment that could occur through various communication mediums, including online platforms, which were being addressed through the Communications and Multimedia Act 1998.

The Anti-Sexual Harassment Bill was formulated to improve the existing justice system through the establishment of a special tribunal to handle sexual harassment complaints promptly, by using the standard of proof on the balance of probabilities, and awarding compensation or damages to victims, she said.

She said that the bill was being drafted collectively through a special project team, which aimed to address sexual harassment issues including the high standard of proof.- Bernama

1.Graphic designer adapts after realising goal to make a life in Japan