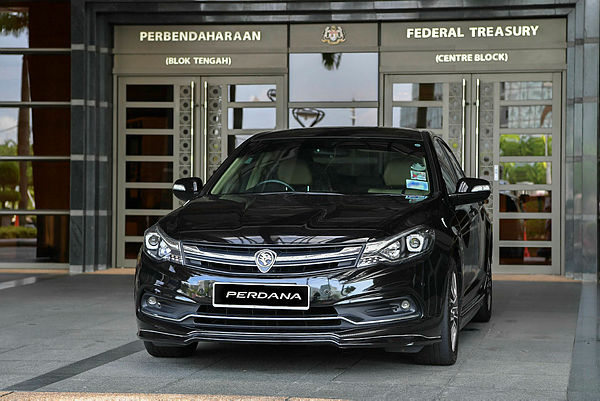 GEORGE TOWN: The government had considered a second option of sourcing for official cars before deciding to continue with Proton Perdana because earlier there was no guarantee of adequate supply of the national car, said Finance Minister Lim Guan Eng.

Lim said when the contract for supply of official cars was announced, it could not be confirmed that there would be enough Proton Perdana to meet the government’s request.

He said some people did not know that Proton Perdana, especially the limousine used by ministers, was no longer in production.

“So when we said we are sticking to Proton Perdana, they have to build separately, meaning there is no guarantee in terms of supply,” he told reporters after making an official visit to the Swettenham Pier Cruise Terminal (SPCT) here today.

Lim advised the people not to believe in baseless reports on the issue of supply of official cars for ministers and deputy ministers.

A news portal had reported that the government was in the process of appointing a company to supply 32 units of Toyota Vellfire as official cars for ministers and 3,000 Honda Accord for senior government officers.

Meanwhile, Lim said the Cabinet’s decision for Prime Minister Tun Dr Mahathir Mohamad to be the interim education minister would not pose any problem.

He said this was because Dr Mahathir would be acting in that capacity temporarily.

“For example, if I go on leave, a minister has to act on my behalf on a temporary basis. So, it should not become an issue,” he said.

The Pakatan Harapan manifesto states that the prime minister is not allowed to hold another Cabinet post. — Bernama