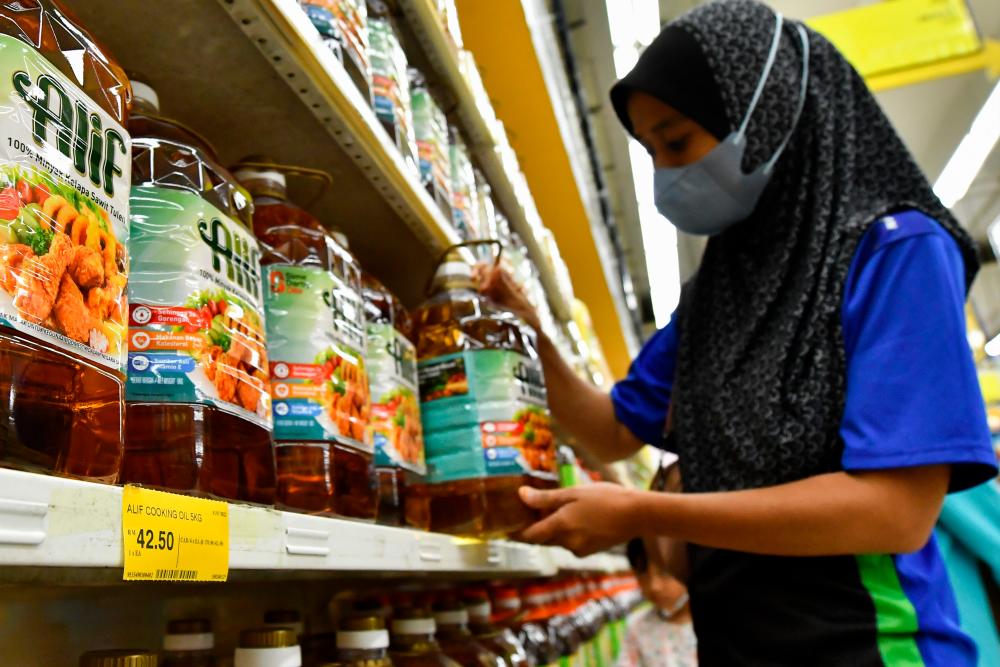 KUALA TERENGGANU, July 1 - Starting today, the new price of cooking oil for five kilograms will be sold at RM42.50 after the government did not continue subsidizing for one, two, three and five kilograms of bottled oil during a survey through the Phase II Inspection of Ops ATM (Ayam, Eggs and Cooking Oil) by the Terengganu Ministry of Domestic Trade and Consumer Affairs (KPDNHEP) at a supermarket today. BERNAMAPIX

KOTA BHARU: The government will continue the consumption subsidies currently being implemented at least in the short term, according Minister in the Prime Minister’s Department (Economy) Datuk Seri Mustapa Mohamed.

He said the petrol, cooking oil, electricity tariff and other subsidies are being continued to lower the cost of living for the people.

As for maintaining these subsidies in the medium to long term, he said it will be assessed in detail to ensure the government’s finances are not adversely affected.

“So far, we have done our best by providing consumption subsidies amounting to RM77.3 billion for 2022. This is the highest subsidy ever borne by the government in history.

“It would be difficult for us to justify (such) a large subsidy over the long term, (but) in the current situation, it has allowed the government to help the people,” he told reporters after attending a dialogue session on current economic issues with the industry and non-governmental organisations here today.

Mustapa, who is also a member of the Special Task Force on Jihad Against Inflation, expressed the intention to empower the consumer bodies in dealing with the rising prices of goods. - Bernama