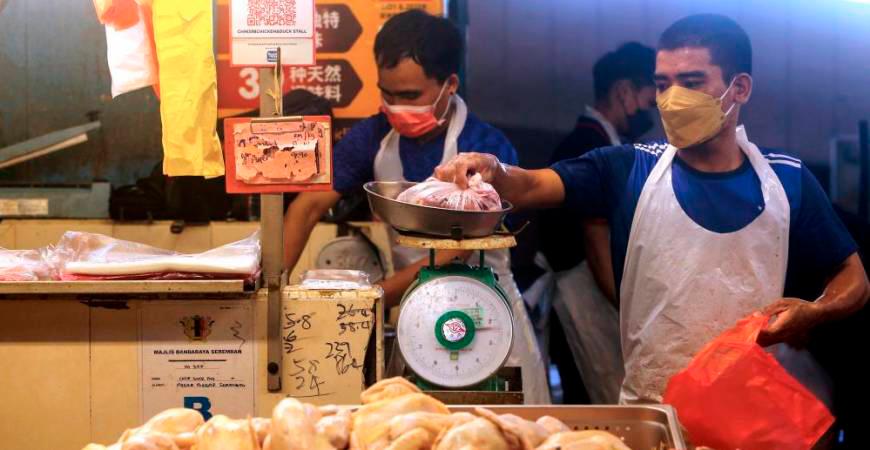 KUCHING: The government has yet to set a date to lift the ban on chicken exports, said Domestic Trade and Consumer Affairs Minister Datuk Seri Alexander Nanta Linggi.

However, he said the matter had been previously discussed by the Cabinet.

Nanta said any decision on the matter must take into account the interests of all parties.

“Any decision on the matter will be announced by the Ministry of Agriculture and Food Industries and the related ministries,” he told reporters after visiting several booths at the Sarawak edition of Sarawak edition of the Malaysian Family Aspirations Tour here today.

Meanwhile, he said there was sufficient supply of chicken for domestic consumption.

“...we also found that some traders are selling chickens lower than the set (maximum) price,” he added.

On Aug 4, Agriculture and Food Industries Minister Datuk Seri Ronald Kiandee said the ban on the export of commercial broilers that was still in effect was temporary, namely until the price and production of chickens fully stabilised.

In this regard, he said the government agreed to give subsidies to broiler chicken and egg-laying chicken breeders amounting to RM1.1 billion in total to ease their burden. - Bernama