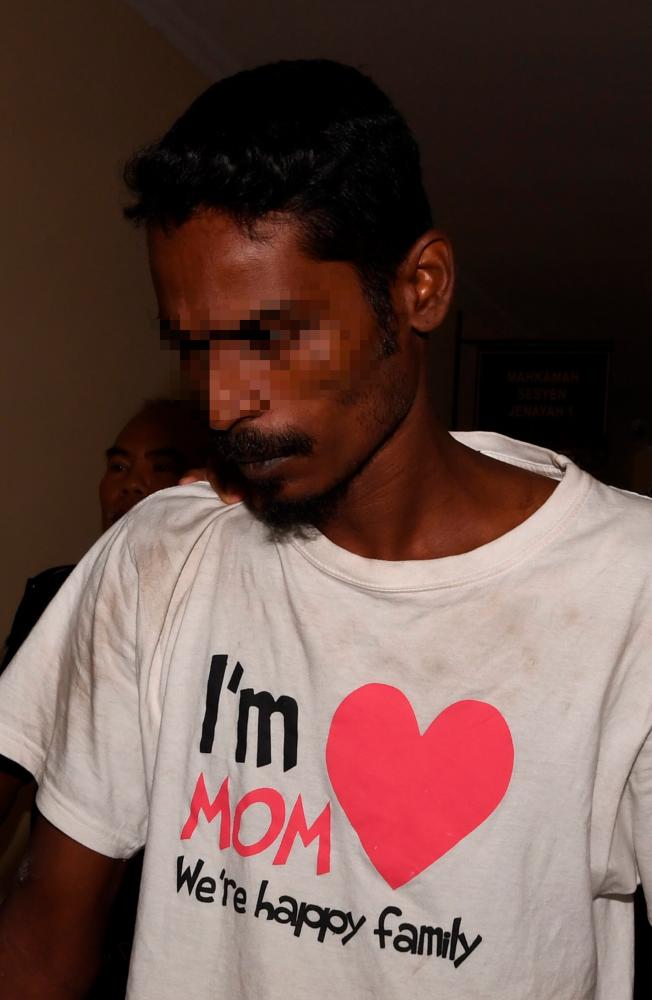 S. Vasadha Kumar was sentenced to three years in prison and fined RM10,000 for molesting and injuring his stepdaughter with a knife earlier this month. - Bernama

GEORGE TOWN: A grass cutter was sentenced to three years’ jail and fined RM10,000, in default one year in jail by the sessions court here today, for abusing his stepdaughter early this month.

Judge Norsalha Hamzah meted out the sentence on S. Vasadha Kumar, 36, when he pleaded guilty after the charge was read out to him in Tamil.

Vasadha was charged with abusing the 10-year-old girl by hurting her with a heated knife causing her to suffer physical injuries.

The offence was committed at Sri Saujana Flat, Gat Lebuh Macallum, here at 12.30am on Feb 1.

Earlier, Vasadha, who was unrepresented, appealed for a lighter sentence on the grounds that he was merely earning as a grass cutter and that his wife was pregnant.

Deputy public prosecutor Nurul Fatin Hussin however urged for a more severe penalty as the crime committed was merciless and inhumane. - Bernama

3.Police arrest four individuals, including a student, for burglary

4.Discussions on sea VTL expected as early as January