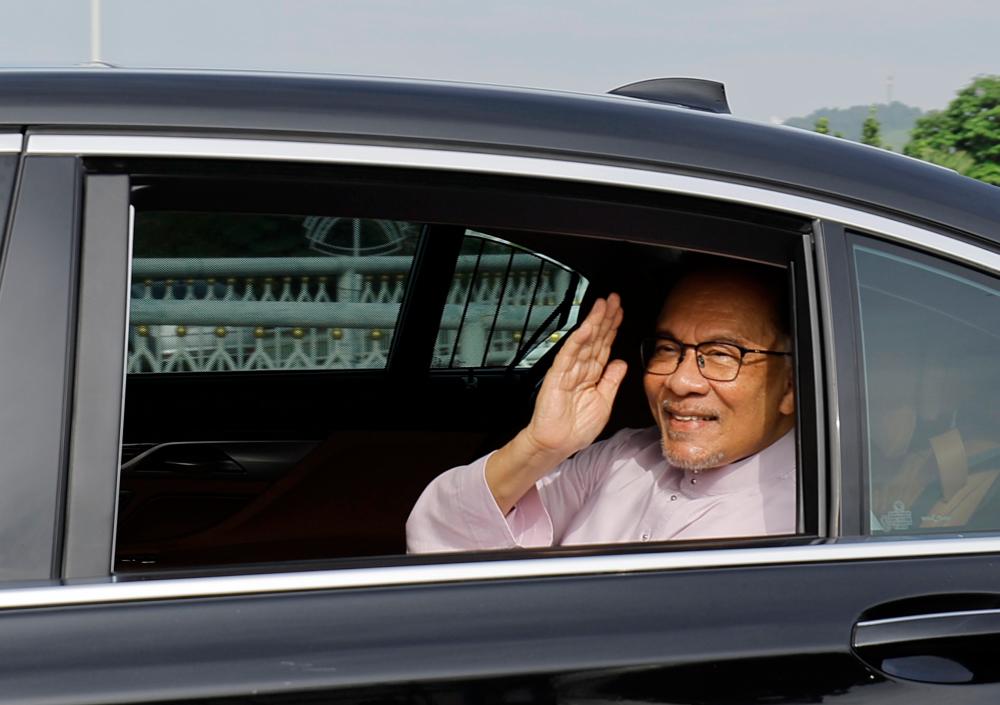 Speaking at a media conference on his first day after taking over the Prime Minister’s Office at Perdana Putra here today, Anwar said the matter was conveyed to him by Sabah Chief Minister Datuk Seri Hajiji Noor who is also GRS chairman.

“This will further enhance the country’s political stability and enable focus on works to raise the dignity of the country, boosting the economy to defend the people’s interest,” he said .

The total number of seats needed to obtain a two-thirds majority in Dewan Rakyat is 148 seats.

On the formation of the Cabinet, Anwar said its size would be reduced and he is also seeking the agreement of members who would be appointed to reduce their salaries.

According to him, the formation of the cabinet is still in discussion and would be announced as soon as possible.

Anwar said he would refer to the parties involved on the formation of the Cabinet.

“The respective parties would propose the names for my consideration,” he said when asked on the breakdown of Cabinet members according to party.

At his first media conference as prime minister last night, Anwar stressed that the unity government was formed with the participation of several parties to ensure stability in the country and economy as well as to uphold the spirit of the Federal Constitution.

Anwar was earlier reported to have said that the size of the Cabinet would be reduced to a maximum of 25 ministers only compared to 31 ministers under the administration of former Prime Minister Datuk Seri Ismail Sabri Yaakob. - Bernama