Guan Eng may take legal action against Wee and media 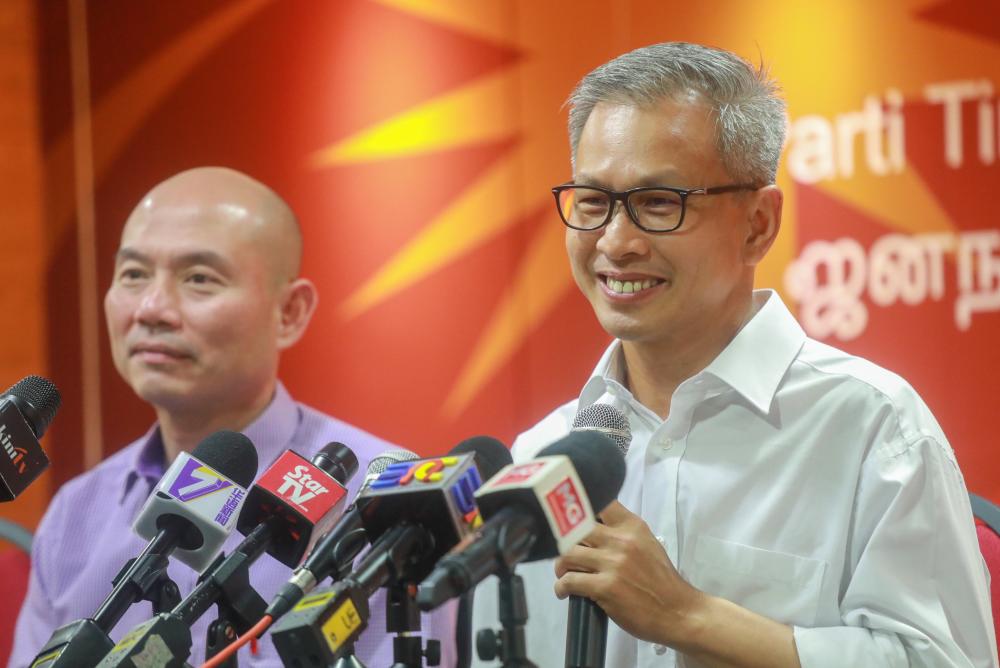 KUALA LUMPUR: Finance Minister Lim Guan Eng is considering legal action against individuals who continue to make defamatory statements regarding his education credentials, including media outlets who publish such stories.

His political secretary Tony Pua said this has been advised by the minister’s lawyers after MCA president Datuk Seri Wee Ka Siong questioned Lim’s qualification in accounting and his credential as a qualified professional accountant.

“The minister’s lawyers have advised that he reserves the rights to file defamatory claims against any pro-Barisan Nasional (BN) newspapers who continue to print lies to diminish and question his position, stature and credibility.

“So if Lim wants to, he might file a suit. And obviously against whoever that makes the statement as well,” he told a press conference, here, today.

When pressed for further comments, Pua said: “I have actually been instructed not to take questions for this issue, because this matter may go to court and they don’t want me saying the wrong things.”

Wee had, on Sunday, questioned how Lim became a qualified professional accountant in 1983 despite him only obtaining his Bachelor of Economics from Monash University, Australia in 1984, and asked if his qualification was accredited.

Pua explained that the Australian academic calendar ends in Nov, which meant that Lim had completed and passed all his examinations to obtain his degree by the end of 1983.

However, he pointed out that Lim only obtained his degree certificate on April 11, 1984, a copy of which was made available to the media, together with a copy of his “Certificate of Membership” in the Australian Society of Accountants dated Feb 21, 1984.

“Wee is so bankrupt of ideas he had to pick up a thread from a fictional website to sensationalise a non-existent issue to gain political capital.

“One would have expected a PhD holder such as Wee to be able to tell the difference between when a person successfully graduated from university as opposed to when he or she receives the official certificate,” he said.

Pua said instead of demanding for explanation on Lim’s qualifications, Wee should instead come clean as to whether MCA had indeed received millions of ringgit from former premier Datuk Seri Najib Abdul Razak that originated from 1Malaysia Development Berhad (1MDB).