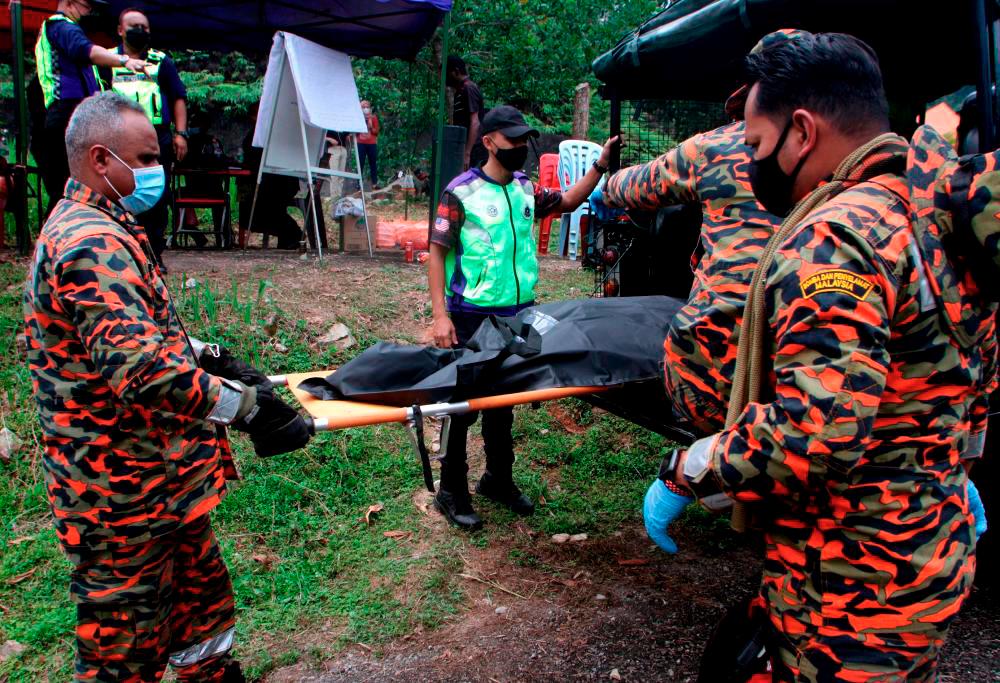 IPOH: The autopsy report on one of the two female hikers who were swept by a water surge while climbing Gunung Suku in Simpang Pulai, here, on May 15 has identified her as Ng Yee Chew.

“The cause of death has been classified as multiple injuries due to landslide and the body was handed over to the next-of-kin yesterday,” he said in a statement today.

Meanwhile, he said the comparative report on a human thumb print believed to belong to another victim (See Su Yen) was not found in the database of the police and National Registration Department.

However, Mior Faridalathrash said police would send all the human deoxyribonucleic acid (DNA) specimens collected by the HRPB forensic unit during the search and rescue (SAR) operation to the Chemistry Department to confirm the identification.

Since May 16, the search and rescue team found parts and pieces of the human body, believed to be that of See Su Yen, 32, who was from Cheras, Kuala Lumpur and Ng from Klang, Selangor who were swept by a column of water and drowned in the 5 am incident on May 15.