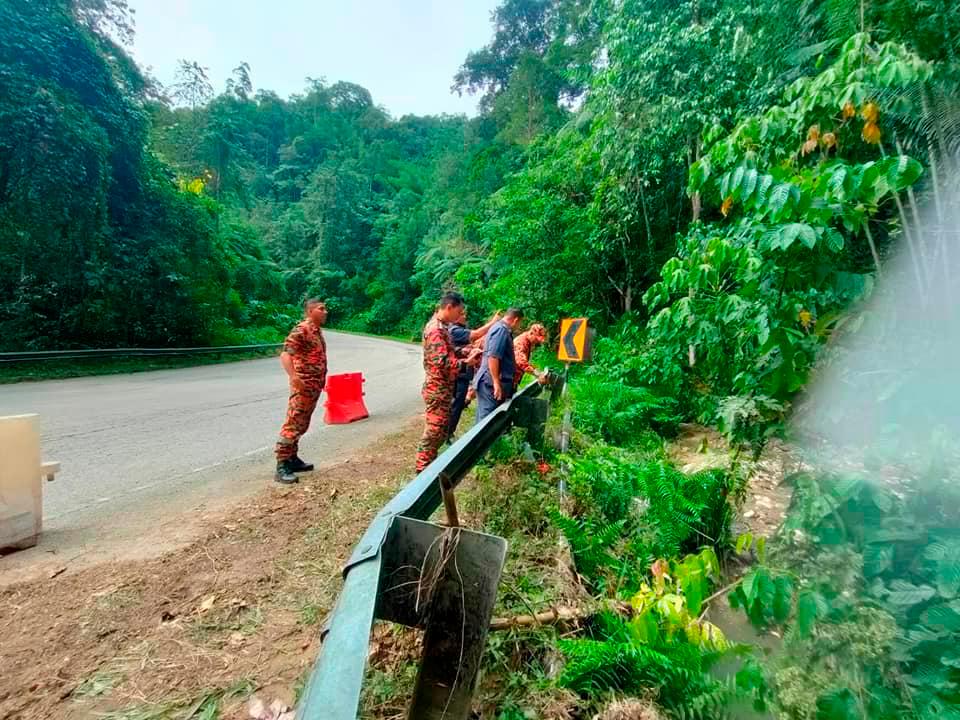 IPOH: The search and rescue (SAR) team found human body parts believed to that of the two female climbers who were swept away by a water surge while climbing Gunung Suku, Simpang Pulai here, on Sunday.

“The body parts cannot be identified yet because we only found them at the location of the second discovery (half of the victim’s body parts were found under a pile of wood),“ he said when contacted by Bernama yesterday.

Mohd Shahrizal said the SAR operation was suspended at 5.30 pm due to weather factors and the darkening sky and the operation would resume at 8 am today.

Umrani said both husbands of the victims had confirmed some pieces of clothing found by the rescue team belonged to the victims.

Yesterday, the SAR team found human body parts believed to belong to one of the two female climbers washed away by a water surge under a pile of wood at 10.20 am.

The two women, identified as See Su Yen, 32 and Ng Yee Chew, 46, from Cheras and Klang, Selangor, are believed to have been swept away by strong currents in the incident at 5 am last Sunday. - Bernama