Having enough money for food and shelter now a major issue: Chin Tong 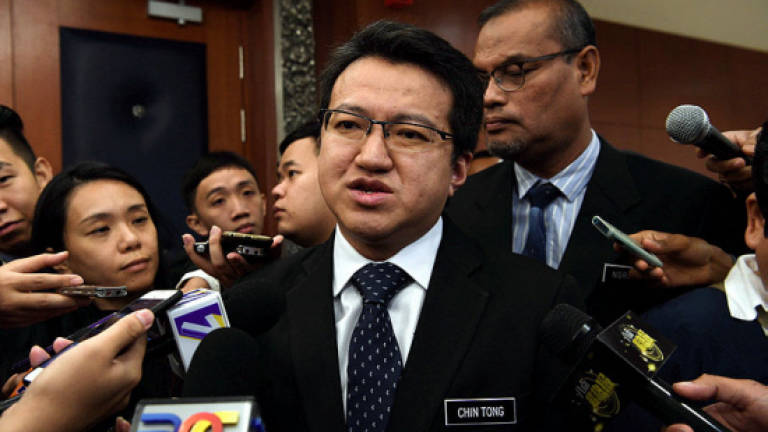 PETALING JAYA: Most Malaysians describe the current economic woes as a “cost of living” problem.

Most significantly, up to 80% of them experience economic insecurity, such as low wages as well as high cost of housing and transport, according to Deputy Defence Minister Liew Chin Tong (pix).

In an article published in Malaysiakini on Dec 31, 2019, he noted that nearly 30% of Malaysians polled by Gallup in 2018 felt that they did not have enough money for food, while 23% reported not having sufficient money for shelter.

“Such a situation did not happen overnight and its causes go way back beyond the time Pakatan Harapan took over in May 2018. These are structural issues stemming from the Asian Financial Crisis, pushed to breaking point by the sixth prime minister Datuk Seri Najib Abdul Razak’s kleptocracy and profligacy.

“If we don’t face up to the country’s deeper and long-term economic challenges, measures taken by us risk amounting to a mere reshuffling of chairs on the deck of the Titanic,” he said.

Liew, who is also DAP national political education director, said to deal with economic insecurity, we will have to acknowledge that the economic model that got us here has reached its limits and there is a dire need to break free from the conceptual hold of old ideas with a new paradigm.

He said the World Bank’s Malaysian Economic Monitor (MEM), which is themed “Meeting Ends Meet” found that “cost of living” is a catch-all shorthand.

He pointed out that living costs and prices vary across geographical regions; income is simply way too low; households are consuming through debts; and house prices are beyond the means of most families.

Liew said the 30% depreciation of the ringgit since October 2014 also contributed to higher prices of imports.

He said with the United Nations Special Rapporteur on extreme poverty and human rights Prof Philip Alston’s report suggesting that Malaysia’s poverty rate is most likely to be between 16% and 20%, it appears correct to conclude that the B20 group as a whole are poor by most definitions.

He said the government should rethink the poverty rate definitions and move away from the B40-M40 dichotomy that is now looking rather meaningless.

“The M40 essentially face the same problems as the B21-B40, they have middle-class aspirations, but they have difficulty reaching the idealised status.

“A Khazanah Research Institute report pointed out that about 20% of the M40 is misclassified because the household size was not accounted for. A household officially classified within the M40 income class but having many familial dependants, shares similar financial burdens as the B40 class.”

Liew said labels have serious material and policy consequences, in official circles there is a tendency to see the B40 not only as “poor” people, but also as passive people who lack agency.

“The B20 poverty category, as defined by the UN, needs welfare, but in the Malaysian context, it appears that the subsequent 60% – let’s call them M60 for convenience – need better jobs, better pay, better business opportunities, better upward mobility for their children, better housing options and better transport alternatives.

“Policymakers need to empower a large segment of the population if the country is not to deteriorate, with a majority of our people living with a very deep sense of economic insecurity. Here lies the shift in hard policy thinking and communications that the government must embark on to bring the nation to the next stage.”

Liew said a tycoon recently suggested that the government should start thinking about providing free housing for the needy.

“The economic system must either pay workers more or it must reduce the costs of housing and transport. To him, it is better for the government to pay for housing through taxes, than for businesses to try to raise salaries fast enough to contain discontentment and despair,” Liew said.

He said the way our economy organises the dynamics of wages, housing and transport will have to change to make most Malaysians feel more secure. — Bernama