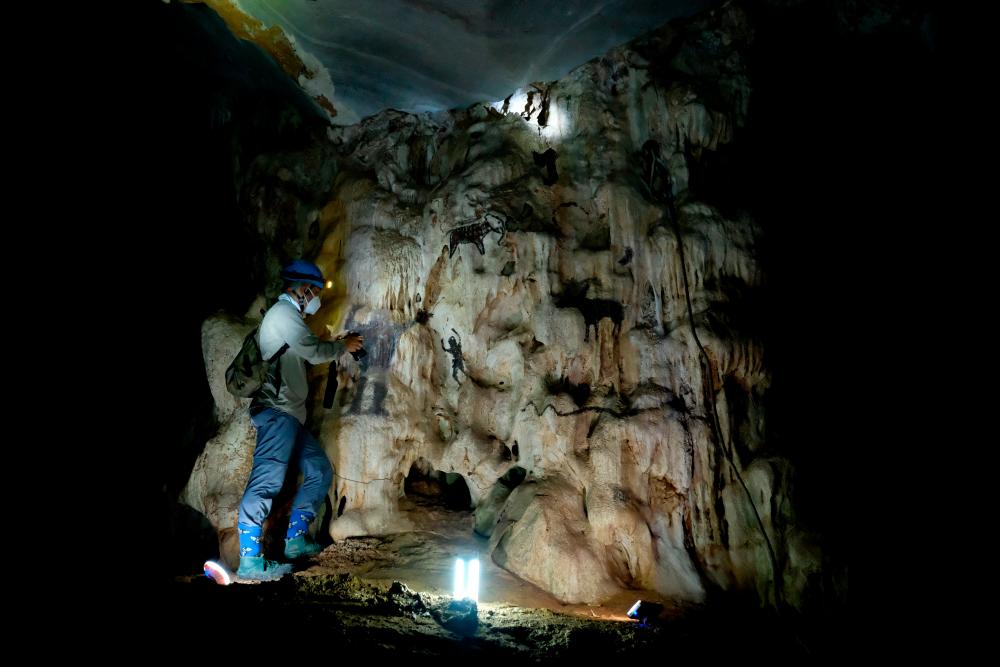 PADANG BESAR: The Department of National Heritage (JWN) will carry out excavations and documentation of ancient drawings found in Gua Semadong (pix) as well as fragments of human skeletons in Bukit Keteri, near here.

“The exploration was carried out for documentation and inventory purposes to get the latest archaeological data of the site as well to find more artefacts,“ he said.

He said this to reporters after accompanying state Tourism, Arts, Culture and Heritage Committee chairman Asmaiza Ahmad during a visit to the two locations.

He said the exploration that was carried out in Gua Semadong had uncovered drawings believed to be from the protohistory period with Hindu-Buddhist influences estimated to date back to the fifth and the 10th century.

Protohistory refers to the period in a culture immediately before its recorded history begins.

“Based on previous studies done around the caves in Perlis, the skeletal fragments found in Bukit Keteri can be estimated to be between 5,000 and 10,000 years old.

“Caves in Perlis, especially in Bukit Chuping, Bukit Tunku Lembu, Bukit Ngulang, Bukit Kerengga and Bukit Changkul were used as settlements and funeral grounds for Palaeolithic and Neolithic communities based on the discovery of artefacts such stone tools and earthenware,“ he said.

Mohd Azmi said the areas were not only inhabited by the prehistoric community but were once the settlement of the protohistoric community, where artefacts such as votive tablets had been discovered.

He said these new findings would reinforce previous data that confirmed during ancient times Perlis was a trade route and it later evolved during the protohistory period.