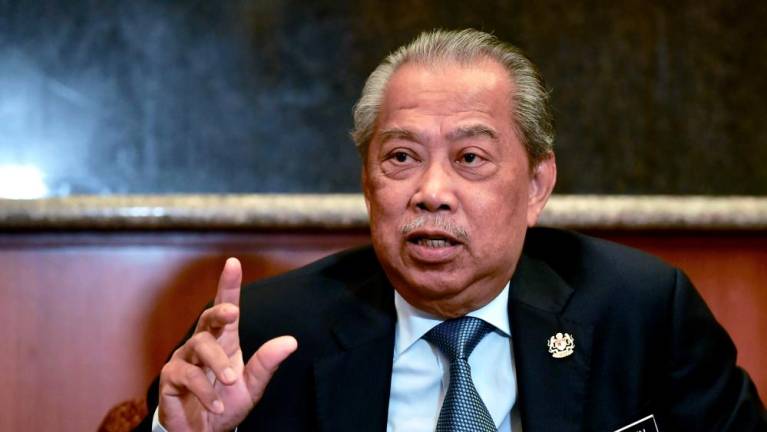 KUALA LUMPUR: The Home Ministry has vowed to put more focus on enforcement, prosecution, prevention and protection of trafficked victims, despite the reduction of human trafficking victims in Malaysia over the years.

Home Minister Tan Sri Muhyiddin Yassin (pix) said the Anti-Trafficking in Persons and Anti-Smuggling of Migrants Council (MAPO) has recorded a total of 543 human trafficking victims placed at shelters in the first half of 2019, as compared to 1,474 victims throughout 2018 and 2,945 in 2017.

“MAPO which is being spearheaded by the Home Ministry have implemented continuous improvements towards curbing human trafficking based on recommendations of Trafficking-In-Persons Report.

“Malaysia has manifested its effort in curbing this issue with the appointment of specialised prosecutors and enforcement focal points in all states. In addition, a special court to handle trafficking cases has been established and a multi-disciplinary task force has been set up to ensure that trials and the time frame to settle human trafficking cases are expedited,” said Muhyiddin.

He was speaking at the National Conference on Anti-Trafficking in Persons 2019, here today.

Muhyiddin also pointed out that regulations were gazetted to allow victims of human trafficking, who are protected in shelter homes, to move freely and work in Malaysia.

“They can also be repatriated if they wish to return to their home countries. The government also provides monthly subsistence allowance to trafficked victims in addition to basic necessities provided to them in shelter homes,” he added.

For this year, Muhyiddin said, the government had embarked on strategic initiatives to provide elementary skills training and certification for the victims of trafficking.

Victim Assistance Specialists (VAS) were also appointed to work with law enforcement officers, prosecutors and other personnel in the criminal justice system.

Muhyiddin also warned enforcement agencies in the country to adhere to the rule of law as part of Malaysia’s national agenda, the war against trafficking in persons.

“Our law enforcement officers must always remain steadfast in discharging their duties in accordance with the rule of law,” he added.