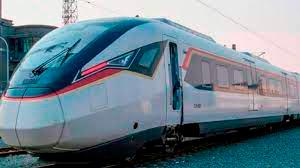 IN 2010, a high-speed rail (HSR) to boost connectivity between Kuala Lumpur and Singapore was mooted.

In 2013, it was announced that the rail line will cover 350km and eight stations starting in Kuala Lumpur and ending at Jurong East in Singapore.

In July 2016, the Malaysian and Singaporean governments signed a memorandum of understanding to develop the HSR for it to be operational by 2026.

In December 2016, a bilateral agreement was signed binding both countries to a contract.

But on Jan 1 this year, Prime Minister Tan Sri Muhyiddin Yassin and his Singapore counterpart Lee Hsien Loong announced in a joint statement that the HSR project had been terminated. This came after a seven-month extension requested by Malaysia.

On March 29, the Economic Planning Unit issued a joint statement with Singapore’s Ministry of Transport that Malaysia had reimbursed SG$102,815,576 (RM320,270,519.24) to Singapore for costs incurred for the development of the HSR project.

We should have just moved on after this costly fiasco. But instead, it has now been resurrected by a letter from MyHSR Corp chairman published in The Star on May 19 explaining the justification of abandoning the AssetsCo model, included in the bilateral agreement.

The explanation was hardly convincing as it came too little too late. If it was true, what took Malaysia so long to discover the anomaly? Was it a case of after falling down to the ground, one grabs some sand so as to pretend it was done on purpose, just to salvage some pride?

What is more disturbing is the government, through MyHSR, is still actively considering a purely domestic line ending in Johor Baru and shifting the focus of the project to developing Malaysia’s Southern corridor, which is already served by KTM and the North-South Expressway.

Moreover, the Gemas-Johor Baru electrified double-tracking project is scheduled for completion this year with new train services operating by next year, which will increase train speeds and capacity to Gemas, an important connector to the west and east coast rail lines.

The completion of the West Coast Expressway from Taiping to Banting, originally scheduled for end of 2022, has been delayed to 2024.

Extending the expressway from Banting to Johor Baru along the west coast passing through Port Dickson, Malacca, Muar, Batu Pahat and Pontian would surely be the better way to develop the peninsula’s southern corridor.

Not only it will be much cheaper than any HSR project, but the expressway will also be heavily used by the population fearful of infectious diseases in a train or aircraft, which is the new norm now and into the future. But some people are still stuck in the pre-pandemic world.

The days of mass travel and tourism is over. In 2019, there were 155 million Chinese outbound tourists. But most would now be fearful of going for holiday overseas as Covid-19 continues to spread unabated globally, including Malaysia with 6,075 cases recorded on May 19.

With working from home being the new norm and soon with the fifth generation mobile network (5G) that connects virtually everyone and everything together including machines, objects, and devices, most local and international businesses could be conducted anywhere anytime.

It used to be the practice of high-flying executives to travel great distances to do business at the drop of a hat as flying business-class, staying in five-star hotels, dining in fancy restaurants, chauffeured around in limousines, and spending on entertainment are all part of the perks.

After the Covid-19 outbreak, flights are few and far in between, major hotels have shuttered, restaurants are empty, limousines remained idle and entertainment centres closed. Sadly, there is still no light at the end of this tunnel that seems to be never-ending.

Although the popularity of travelling by train made a comeback in recent years, it was derailed by the pandemic, which has resulted in locals buying new and used cars and motorcycles in record numbers to practise physical distancing while commuting and occasionally travelling to outstation.

The statement that “the Malaysian government has a clear vision on where it wants to take the HSR forward and how” is nothing more than a claim until the vision is spelt out and how it could be achieved is crafted. It is still premature to declare that HSR plans are still on track.