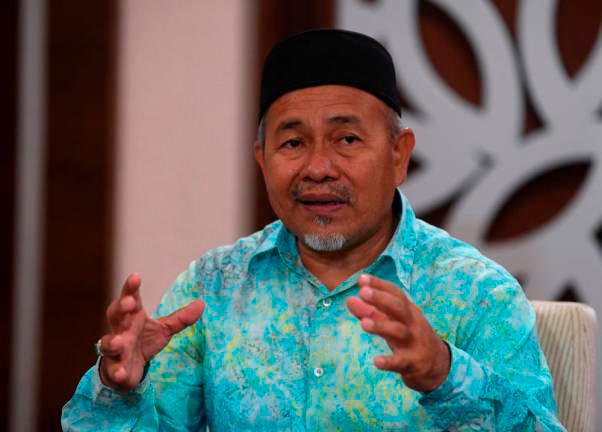 He said as a signatory to the Paris Agreement, Malaysia is committed to achieving its target to reduce carbon emissions, adding that the hydrogen economy can help reduce the intensity of the country’s greenhouse gas emissions by 45 percent by 2030.

Hydrogen economy is an economy that relies on hydrogen as the commercial fuel that would deliver a substantial fraction of a nation’s energy and services, where the fuel replaces conventional fuels such as diesel and petrol which cause environmental pollution.

He added that the development of a hydrogen economy can drive future growth as well as achieve sustainable development goals.

“Planning for the implementation of hydrogen economy locally must be done carefully, factoring in current economic conditions,” the minister said, noting that hydrogen fuel has the potential to be used in the energy, industrial and transport sectors in the transition to a green and low-carbon economy.

Citing a study from the Economic Research Institute for ASEAN and East Asia (ERIA) titled ‘Study on Demand and Supply Potential of Hydrogen Energy in East Asia’ in 2018, Tuan Ibrahim said the use of hydrogen as an energy source in the three sectors can reduce carbon dioxide emissions by up to 20.6 million tonnes by 2040.

The minister said the Ministry of Environment and Water welcomes strategic cooperation and investments from any party, public or private, as well as regulatory bodies in the pursuit of the hydrogen economy.

At the ceremony, Tuan Ibrahim and the Japanese Ambassador to Malaysia Oka Hiroshi witnessed the exchange of memoranda of cooperation between Malaysian Green Technology and Climate Change Corporation (MGTC) and several strategic partners for the development of the hydrogen economy in Malaysia.

Stand-off between police and devotees due to wrong info: MP

2.Stand-off between police and devotees due to wrong info: MP