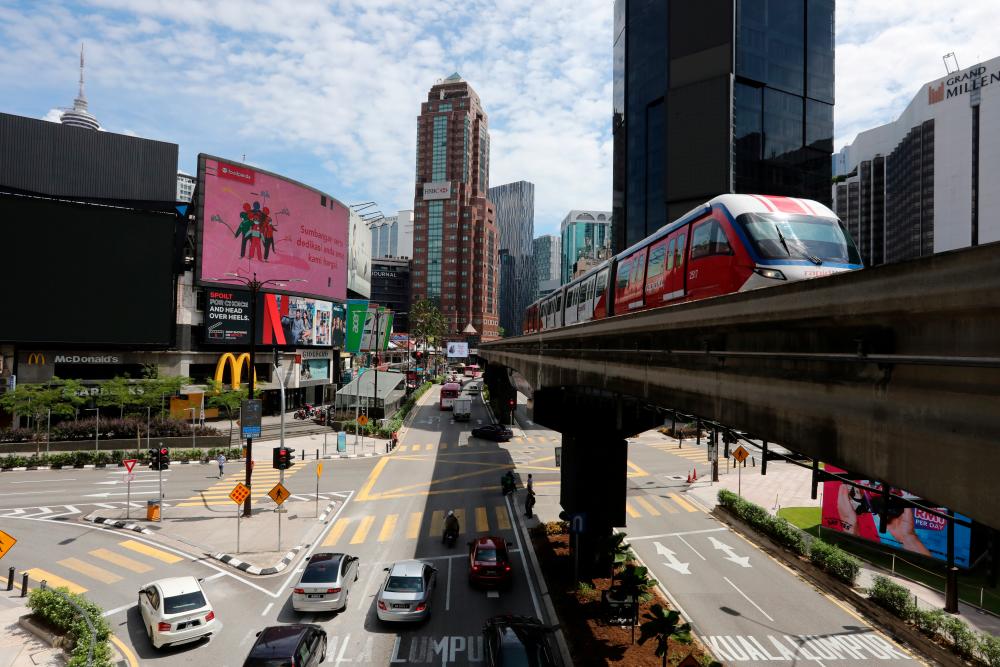 A general view shows increasingly busy streets as Malaysia reopens a majority of businesses, after a movement control order was imposed to fight the outbreak of the coronavirus disease (Covid-19), in Kuala Lumpur, Malaysia May 4, 2020. - Reuters

KUALA LUMPUR: The first day of the implementation of the Conditional Movement Control Order (CMCO) today witnessed an increase of almost 30% in traffic volume in the capital this morning, compared to yesterday morning.

“We received instructions from the Kuala Lumpur Police Chief to end the roadblocks in the federal capital, as well as road closure,” he told Bernama.

He said the traffic police would now focus on traffic enforcement operations, including ‘Op Mabuk’, which is against drunk drivers, and ‘Op Samseng Jalanan’ (road bullies).

“Apart from that, we will also assist in monitoring at public places or car parks,” he added.

A survey by Bernama found many vehicles heading to the federal capital, but the traffic situation was under control.

Last Friday, Prime Minister Tan Sri Muhyiddin Yassin announced that the CMCO will be implemented beginning May 4, whereby almost all economic sectors and businesses would be allowed to reopen subject to strict conditions. - Bernama