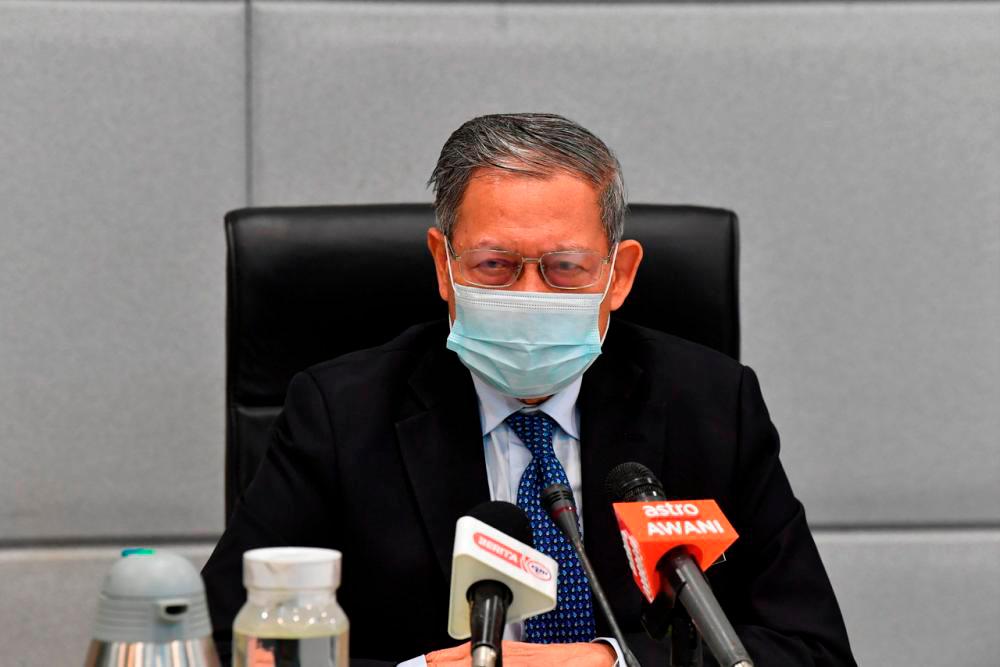 KUALA LUMPUR: Although inflation for April is expected to rise following the increase in the prices of goods, the rate is still seen as low and under control due to the broad-based subsidies provided by the government, said Minister in the Prime Minister’s Department (Economy) Datuk Seri Mustapa Mohamed (pix).

He said the government’s move to control raw material prices has also helped in curbing the country’s inflation, which stood at 2.2 per cent in March 2022.

“Thankfully, our inflation rate is low due to price controls and subsidies such as those for cooking oil and fuel. For example, the actual oil price is more than RM4 a litre, but the people only have to pay RM2.05 per litre for RON95 and RM2.18 per litre for diesel,“ he told the media after officiating a letter of intent signing ceremony between AirAsia Academy and MyDIGITAL Corporation here today.

For March 2022, the Consumer Price Index (CPI), which measures the headline inflation in Malaysia, increased 2.2 per cent to 125.6 from 122.9 in the preceding month, according to the Statistics Department.

This surpassed the average inflation of 1.9 per cent in Malaysia for the period of January 2011 to March 2022, the department added.

Meanwhile, the government is studying in detail on the implementation of targeted subsidies and will make an announcement when the time comes.

Among the targeted subsidies already implemented by the government is that for performing the haj.

“The government, realising the pressure felt by the people due to rising prices, is providing large subsidies. And these subsidies will be continued, but from a policy standpoint, we have decided to implement a targeted subsidy policy for those who are eligible and needy,” Mustapa said.

The minister also said the government has no intention to peg the ringgit to the US dollar, in line with what has been announced by Bank Negara Malaysia governor Tan Sri Nor Shamsiah Mohd Yunus.

At the ceremony today, Mustapa lauded AirAsia Academy for its initiative to train Malaysians by providing upskilling and reskilling courses to improve their employability and career advancement prospects as well as enhancing their capability to use, develop, design and innovate Industrial Revolution 4.0 (4IR) technology solutions.

AirAsia Academy’s collaboration with MyDIGITAL Corporation is aimed at accelerating digital literacy among students and reskilling professionals to contribute to the nation’s growing digital economy and the 4IR.