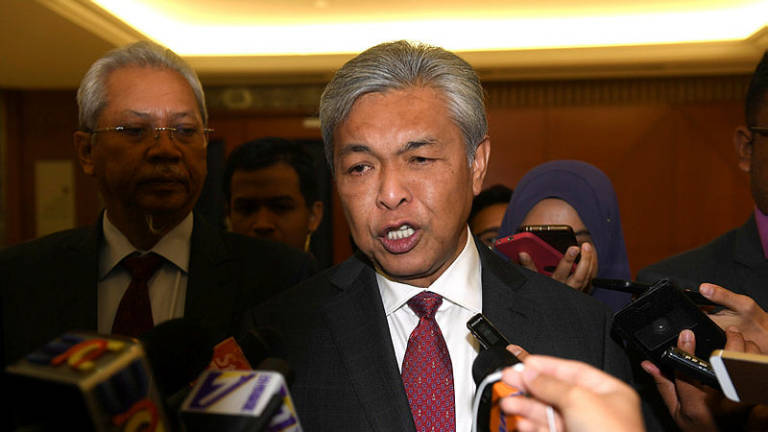 “The cheques were written in my name because after I deposited the cheques, I will withdraw some amount for payment of the road tax because the payment was made in cash to the Road Transport Department (JPJ).

“I would also withdraw a certain amount of money to be deposited in a current account belonging to Maya Consultant Services (which belongs to Ahmad Izhan) for the purpose of paying for the car insurance premiums,” he said when reading out his witness statement during examination-in-chief by deputy public prosecutor Lee Keng Fatt.

Ahmad Izhan said this on the ninth day of Ahmad Zahid’s trial on 47 charges - 12 for criminal breach of trust (CBT), eight for corruption and 27 for money laundering - involving tens of millions of ringgit in funds belonging to Akalbudi Foundation.

The witness, who has been an agent for the insurance company since 2006, said the former deputy prime minister took 39 car insurance policies from him and they were for 20 vehicles, including 18 luxury vehicles such as BMW X5, Mini Coopers S, BMW 320i (A), Mercedes Benz CLS350 and a BMW R1200 GS motorcycle.

She said the nominees for the insurance were Ahmad Zahid, his wife, Datin Seri Hamidah Khamis, and their children, Nurulizwani, Datuk Nurulhidayah and Ahmad Syafiq Hazieq.

Meanwhile, Ahmad Izhan told the court that he would go to Ahmad Zahid’s house at Country Heights, Kajang to hand over the insurance policies and road tax of the vehicles concerned.

When questioned by Ahmad Zahid’s lawyer, Hamidi Mohd Noh, Ahmad Izhan concurred with the counsel that the ink used to sign and write the particulars on the three cheques was not the same.

Ahmad Izhan said he also agreed with Hamidi that the cheques were presign cheques.

When re-examined by Lee, the witness said he knew the three checks were ‘presign cheques’ as Mazlina told him that she would get Ahmad Zahid to sign the blank cheques, and she would fill the necessary particulars, to speed up the matter.

5.Bill Clinton to spend one more night in hospital with non-Covid infection