Islamophobia must be condemned by all — Azmin 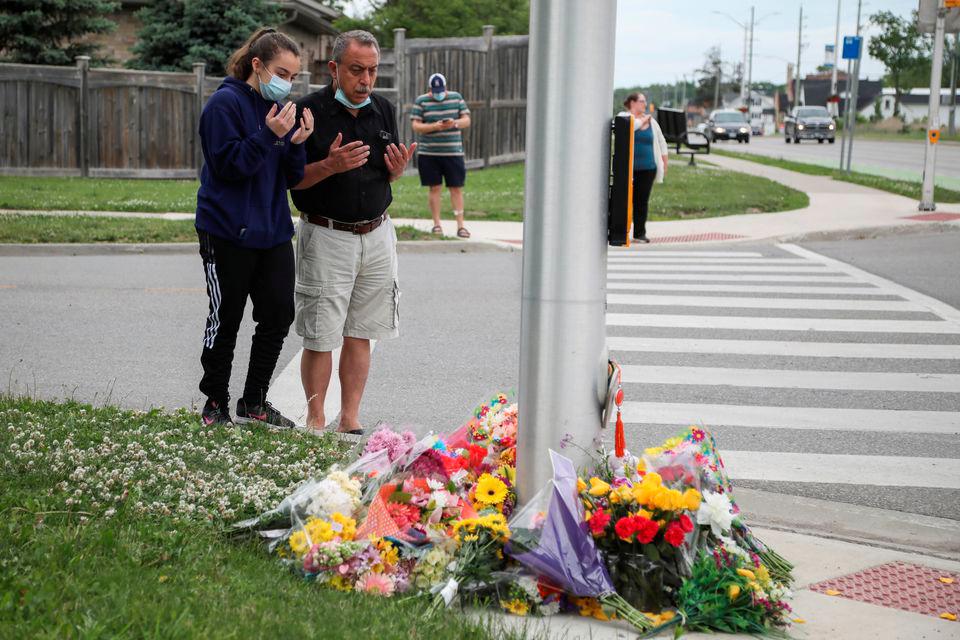 Abdullah Alzureiqi and his daughter Hala say a prayer at the fatal crime scene where a man driving a pickup truck jumped the curb and ran over a Muslim family in what police say was a deliberately targeted anti-Islamic hate crime, in London, Ontario, Canada June 7, 2021. — Reuters

KUALA LUMPUR: Despicable acts of Islamophobia, ranging from hate speech to outright violence, are on the rise again and must be condemned by all right thinking person regardless of race or religion, said International Trade and Industry Minister Datuk Seri Mohamed Azmin Ali.

Referring to the brutal killing of a Muslim family in Canada on Sunday, the Senior Minister, while applauding the swift action of the authorities in apprehending and charging the perpetrator with murder, however said it remains a matter of grave concern that innocent folk continue to be targeted with acts of extreme violence, including mass murder, just because of their religion or ethnicity.

“These acts are also a manifestation of the prevalence of a culture of anti-immigrant hatred, racism, and the mushrooming of far-right groups.

“We therefore continue to call on the authorities to exercise vigilance and to tackle these problems holistically,“ he said in a statement on Tuesday.

Mohamed Azmin also conveyed his thoughts and prayers to the loved ones and relatives of the innocent victims spanning three generations, saying that they were mercilessly killed simply because of their Islamic faith.

According to media reports, four members of a Muslim family were killed when a pickup truck driver intentionally plowed into them in Ontario on 8.40pm Sunday.

Another family member, a boy, 9, was also struck and he is in hospital in serious but not life-threatening condition.

Police said the family was walking along a street and had stopped to cross at an intersection when the truck was driven over the curb and hit them.

The driver, Nathaniel Veltman, 20, was arrested shortly afterward about seven kilometres from the scene. He has been charged with four counts of first-degree murder and one count of attempted murder, police said. — Bernama