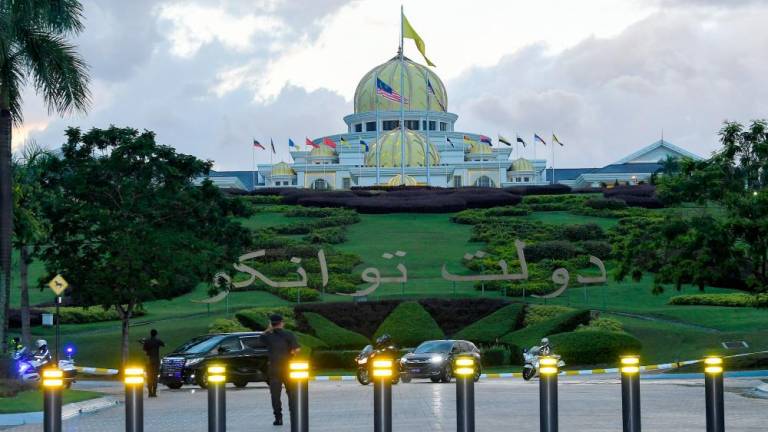 KUALA LUMPUR: Istana Negara has dismissed as misleading the editorial entitled, The Guardian view on a royal coup: a king overturns a historic election published on March 3 by British daily The Guardian.

Comptroller of the Royal Household of Istana Negara Datuk Ahmad Fadil Shamsuddin in a statement today said Istana Negara first and foremost thanked Malaysians both in Malaysia and abroad for the quick response to the article.

He said the strong and unequivocal support given by all Malaysians will encourage Istana Negara to work harder in discharging its duties, consistent with the provisions of the Federal Constitution.

“As the Comptroller of the Royal Household of Istana Negara, I am appalled by the level of inaccuracy and the misleading tone of this editorial by a renowned UK based media outlet, particularly given the fact that the subject matter, Malaysia’s Parliamentary Democracy is based on the Westminster system.

“The editorial presents a distorted account of the process by which His Majesty the Yang di-Pertuan Agong of Malaysia appointed a new Prime Minister,“ he said.

For the sake of clarifying these clear inaccuracies, Ahmad Fadil said he wished to point out the following.

That His Majesty the Yang di-Pertuan Agong is bound by Article 43 of the Federal Constitution of Malaysia to select and appoint a Prime Minister following the resignation of the Prime Minister and his Cabinet.

Hence, when the then Prime Minister, Tun Dr Mahathir Mohamad informed His Majesty on the afternoon of the 24 February 2020 that he no longer enjoyed the confidence of a majority of the members of the House of Representatives (Dewan Rakyat) and tendered his resignation, His Majesty is obligated by Article 40 (2)(a) of the Federal Constitution of Malaysia to exercise his discretion in appointing the Prime Minister.

His Majesty is also obligated by Article 43 (2)(a) of the Federal Constitution to appoint as Prime Minister a member of the House who in his judgement is likely to command the confidence of the majority of the members of that House.

“Clearly, Istana Negara went beyond its call of obligation by meeting all the Honourable Members of the House of Representatives and the leaders of the various political parties, prior to His Majesty arriving at any conclusion.

“Obviously, His Majesty gave a great deal of his attention towards this grave matter,”Ahmad Fadil said.

Hence, he underscored that by no means can this process be regarded as a “royal coup” as questionably asserted by the Guardian, adding that the daily employed a highly partisan slant in its editorial.

Istana Negara also extended its appreciation and gratitude to Wisma Putra (Malaysia’s Foreign Ministry) and the High Commission of Malaysia in London for their quick response of rebuttal to The Guardian.

“I also take pride in the excellent initiatives taken by Malaysians of all races and political affiliations, including senior politicians and Members of Parliament, who responded directly to The Guardian. These individual acts are an expression of public outrage at the inaccuracies and malicious intent of the article.

“We therefore hope that The Guardian, and other reputable media outlets would take greater care in their editorials, focusing especially on facts and objectivity,“ said Ahmad Fadil. — Bernama

3.Federer feels worst is behind him but not rushing return

4.Theme parks may re-open to public in November