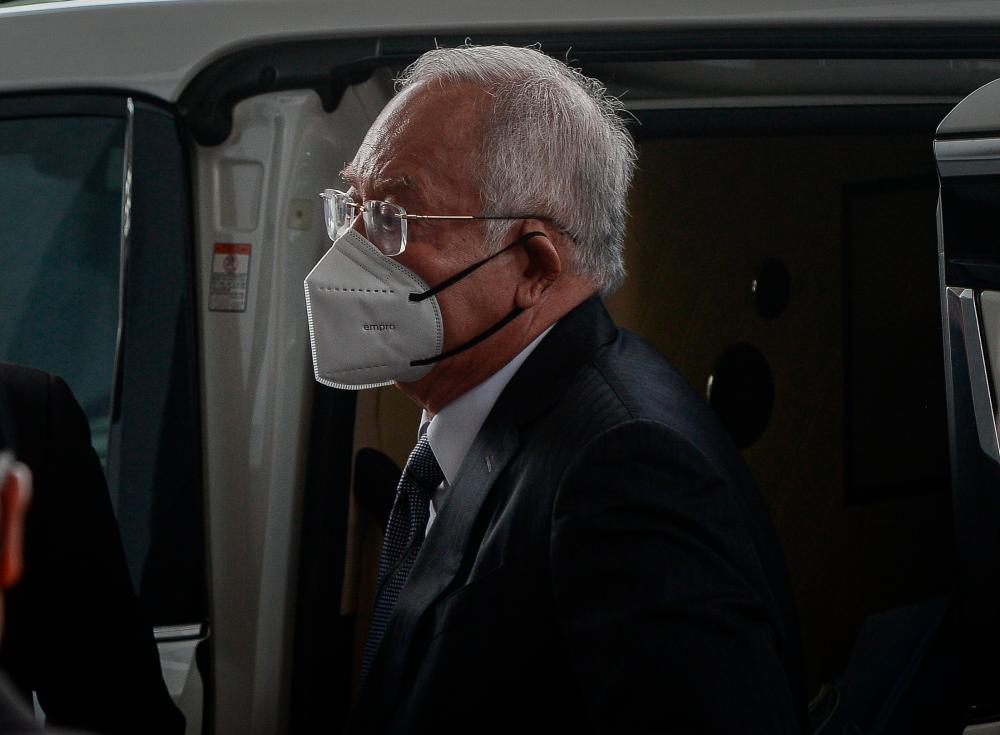 “The applicant’s (Najib) allegations are nothing but a red herring to declare the SRC trial a nullity. I state that the issue of 1MDB’s acquisition of Tanjong Energy Holdings, the involvement of Maybank and Justice Mohd Nazlan in this 1MDB matter, are not relevant to the facts in relation to the SRC charges faced by the applicant in the appeals.

“These issues are not relevant to the SRC appeals but related to the 1MDB case which is not presided by Justice Mohd Nazlan. There was no proof of any conflict of interest by the judge which translates to a real danger of bias at the SRC trial,” said the prosecutor.

It was confirmed that Justice Mohd Nazlan, who is now Court of Appeal judge, had in 2006 held the position of General Counsel and Company Secretary of Maybank Investment Bank Berhad.

Mohd Ashrof further said Justice Mohd Nazlan’s role in the said bank was public knowledge and known to the applicant at all material times, including during the commencement and continuance of the trial as shown by public documents and documents in the possession of the applicant.

However, he said Najib did not take objection to him presiding over the trial at the material time.

The prosecutor added that there was no evidence that the judge was involved in the setting up or incorporation of SRC as 1MDB was the one that had set up SRC at the point of time.

Mohd Ashrof said Najib’s allegation of Justice Mohd Nazlan’s purported knowledge of Maybank loans to 1MDB did not bar the judge from hearing the SRC case.

The prosecutor contended that the former prime minister failed to show any connection between his allegations and the SRC charges presided over by the judge.

He said that 1MDB and SRC were distinct legal entities, with the latter operating separately and independently from 1MDB at all material times.

“All relevant and material evidence were presented at the trial. There was no suppression of evidence as alleged, and the applicant was not denied a fair trial. This application is filed to prolong the SRC proceedings for collateral purpose.

“I aver that the cumulative evidence now sought to be adduced by the applicant was available to the applicant and in any event, is not relevant to the appeals before the Federal Court,” he said, adding that the matter was fixed for case management before the apex court tomorrow.

On June 7, Najib filed an application to adduce further evidence related to the judge to the Apex Court to nullify the entire trial on the misappropriation of SRC International Sdn Bhd funds totalling RM42 million which had found him guilty of seven charges.

The Federal Court has fixed 10 days in August to hear Najib’s final bid against his conviction and jail sentence for the misappropriation of RM42 million in SRC International funds.

On Dec 8, 2021, the Court of Appeal upheld Najib’s conviction and the 12-year jail sentence and RM210 million fine for misappropriating the funds.