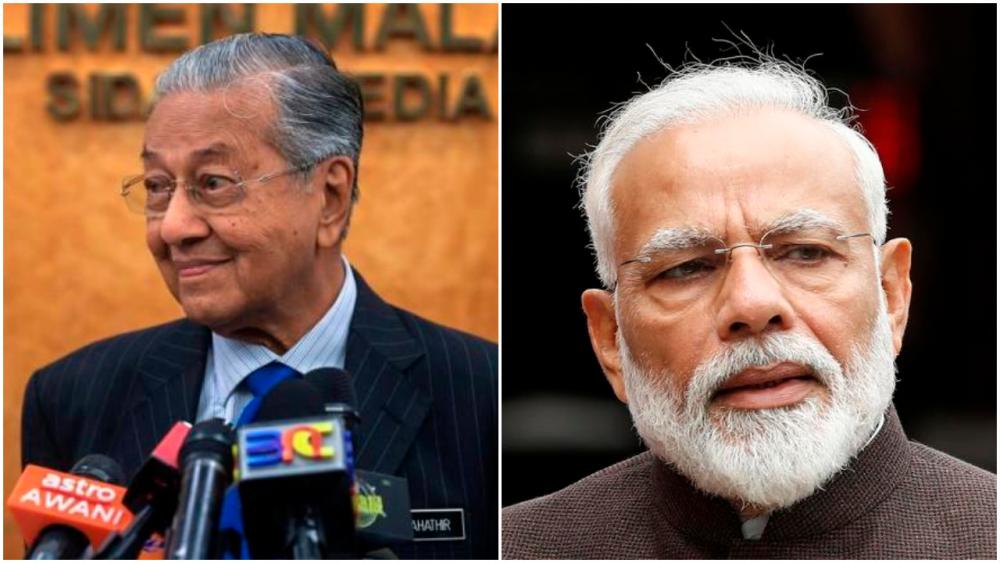 Malaysia is the second-biggest producer after Indonesia of the oil, used in everything from food to cosmetics, in a sector long vilified by environmentalists who blame it for fuelling deforestation.

With Western companies reducing use of the commodity, and as green groups ratchet up pressure, the top two growers have increasingly come to rely on demand from India, the world’s biggest buyer of edible oils, and China.

But a speech by Prime Minister Tun Dr Mahathir Mohamad at the United Nations General Assembly last month, in which he said New Delhi had “invaded and occupied” Kashmir, has sparked a backlash in India that could badly hit the sector.

There has been sympathy in mostly Muslim Malaysia for Kashmiris after the Hindu nationalist government in New Delhi revoked the Muslim-majority region’s autonomy in August, and imposed a lockdown to quell unrest.

Kashmir has been split between India and Pakistan since 1947, and has sparked wars and numerous skirmishes between the two countries. An armed rebellion against Indian rule has raged in the valley since 1989.

“In your own interest as well as a mark of solidarity with our nation, we should avoid purchases from Malaysia for the time being,“ said Atul Chaturvedi, president of the Solvent Extractors’ Association of India.

It is a blow for Malaysia, as India was the country’s third-biggest market for palm oil and palm oil products in 2018, with a value of RM6.84 billion ringgit.

Primary Industries Minister, Teresa Kok, who oversees the commodity, scrambled to defuse tensions, describing the association’s move as a “major setback” and saying Malaysia was looking at increasing imports of sugar and buffalo meat from India.

The row is a further hit to the sector in Malaysia after the European Union announced plans to phase out palm oil in biofuels by 2030. Malaysia and Indonesia have vowed to fight the move, saying it could damage the livelihoods of millions of small-scale farmers.

Despite attempts by some Malaysian officials to calm the spat, calls are growing in India for Prime Minister Narendra Modi’s government to curb palm oil imports.

Such a move would signal that “countries gaining economically from India while criticising the country politically will not have a free run anymore”, Neelam Deo, director of Mumbai-based think-tank Gateway House, told AFP.

‘We speak our minds’

Tensions have also risen between India and Turkey after President Recep Tayyip Erdogan told the UN General Assembly that Indian-administered Kashmir was “besieged”.

Reports have since said that Modi had cancelled a planned visit to Turkey as a result, and that India could axe a US$2.3 billion (RM9.63 billion) order with a Turkish shipyard.

India’s foreign ministry, however, denied that any such visit was planned.

New Delhi has yet to take any formal measures against Malaysia or Turkey but Bloomberg News reported last week that India was considering placing curbs on some imports from both countries, citing people familiar with the matter.

Despite the furore, Mahathir has been unapologetic, reportedly telling journalists last week: “We speak ... our minds and we don’t retract and change.”

“Sometimes what we say is liked by some and disliked by others,“ added the famously outspoken 94-year-old, known for his acid-tongued attacks on Jews and the West during a first stint in office from 1981 to 2003.

And with nationalistic anger growing in India, the row appears unlikely to end soon.

“It’s not purely a palm oil issue,“ James Chin, a Malaysia expert at the University of Tasmania, told AFP. “It ties in with egos ... and nationalism.” — AFP