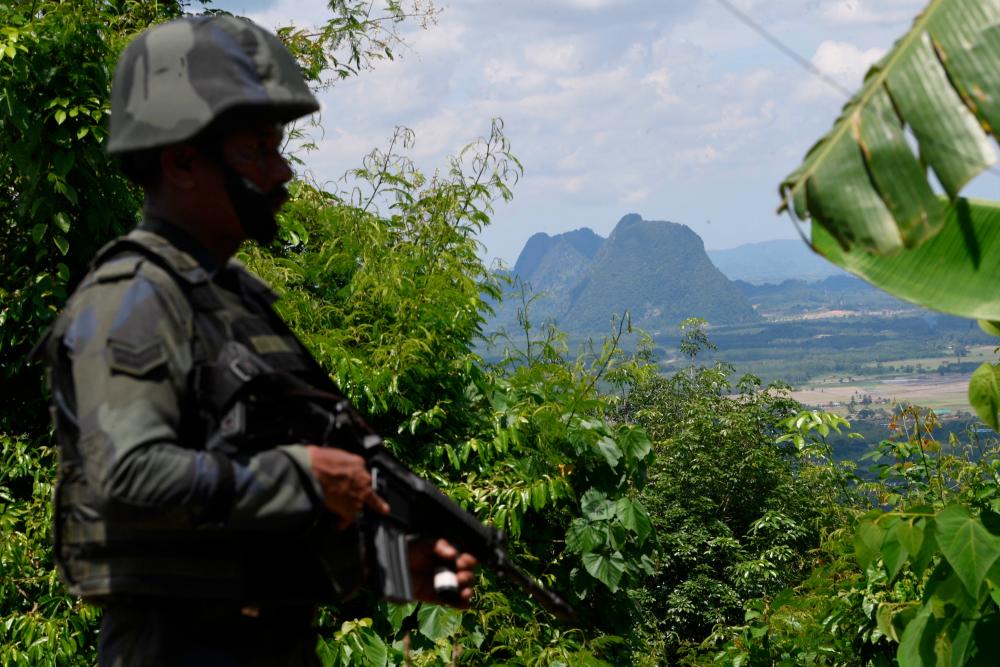 Its commanding officer Supt Azhari Nusi said in the operation, a total of 101 cases were recorded involving smuggling of contraband goods, exotic wildlife, controlled or subsidised items including flour, cooking oil and petrol.

“We also managed to detain a total of 125 people suspected of being involved in the activities, including (smuggling of) illegal immigrants (PATI) from Myanmar, Thailand, and Indonesia who entered the country through illegal entry points,“ he said in a statement today.

Azhari said although some GOF work had to be stopped due to the floods, others continued using heavy vehicles such as trucks in flood-affected areas while patrols were conducted by using four-wheel drives and motorcycles in areas not affected by the floods.

“For the duration of the operation, this time, GOF Battalion 7 focused more on gathering intelligence information while raids and operations were more focused on stores and premises used as transit stops for the collection of smuggled goods, contraband cigarettes, drugs, firearms and controlled items,“ he said.

He also said, among the modus operandi or trend in smuggling for the operation period this time was smuggling of PATI conducted during the afternoons or Maghrib thinking the (GOF) officers would be taking their break to eat or pray.

“All these successes were the result of enforcement at roadblocks in Lalang Pepuyu and Banggol Kong in Pasir Mas,“ he added. — Bernama Govt guarantees only LSD, FMD-free cattle to be imported from Thailand for Aidiladha: Mafi Govt guarantees only LSD, FMD-free cattle to be imported from Thailand for Aidiladha: Mafi

1.Govt guarantees only LSD, FMD-free cattle to be imported from Thailand for Aidiladha: Mafi