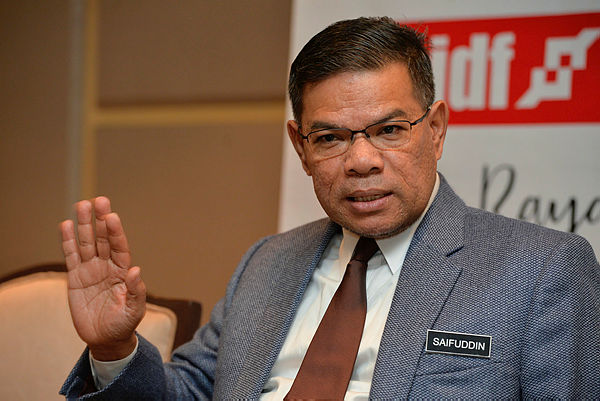 KOTA KINABALU: The Ministry of Domestic Trade and Consumerism (KPDNHEP) has appointed 79 parliamentary consumerism coordinators (PKP) in eight states and federal territories to help the public with their consumer issues.

He said so far, PKPs have been appointed for parliamentary constituencies in Sabah and Labuan, Perlis, Kedah, Penang, Kelantan, Terengganu and Pahang.

He added that the ministry had agreed to create PKP posts in all 222 parliamentary constituencies in the country.

He said the PKP appointed for every parliamentarian must be active in their roles as facilitators to help the community channel their consumer issues to the ministry and other departments.

He said the PKPs should also be well-informed in consumer issues in order to help the people in their constituencies.

“The PKPs are like bridges connecting the ministry with the consumers. For this, they must work closely with the ministry and the agencies in their states,” Saifuddin said. — Bernama

Palm oil production to recover only by May 2022- analyst Mistry

Over 70 per cent of fatalities in T'ganu involve the unvaccinated

1.Over 70 per cent of fatalities in T'ganu involve the unvaccinated