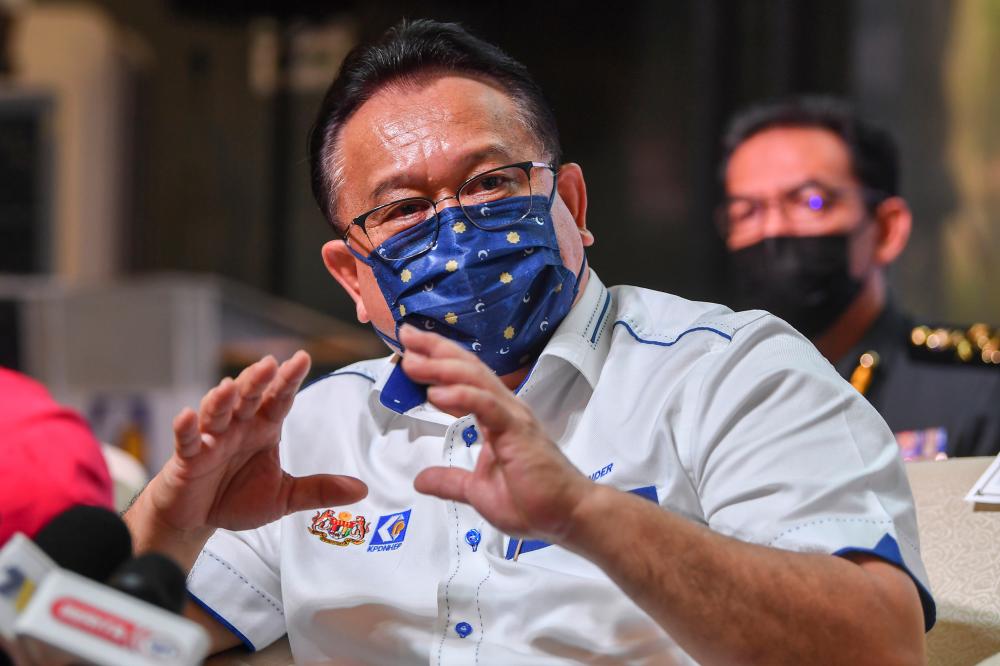 KAPIT: The Domestic Trade and Consumer Affairs Ministry (KPDNHEP) is targeting a total of 15,200 rural traders nationwide to be involved with the digital business model or e-wallet by 2022.

Its minister, Datuk Seri Alexander Nanta Linggi (pix) said that to achieve the target, the KPDNHEP in collaboration with local authorities would further expand the Retail Digital Initiative (ReDI) in every state.

“This programme is to ensure petty traders are not left behind in the mainstream and to help small businesses in remote areas to be involved through the new digital business models, he said at the ceremony to launch the Sarawak Retail Sector Digitalisation Initiative programme here today.

Nanta said that based on the records of the Department of Statistics Malaysia, e-commerce transaction revenue had jumped 30 per cent to RM254.6 billion in the first quarter of 2021.

“Based on Bank Negara records, the use of e-wallet also showed an increase of RM600 million in 2020 compared to the previous year which only recorded RM300 million,” he said.

Nanta said this increase was very significant and reflected the level of acceptance in the use of cashless transactions in the country.

So far, a total of 1,734 traders in the Kapit district have registered their businesses with the e-wallet providers.

“In the Teresang Market (a wet market in Kapit) alone, 27 traders have registered their businesses. This is an encouraging development and we hope this figure will rise.

“The implementation of the ReDI is also seen as being capable of providing momentum to the national digitalisation agenda, especially to the retail sector industry players,” he said.

At the ceremony, Nanta also announced an e-wallet contribution worth RM50 each to over 400 youths and traders in the Kapit district who had used the application for transactions. — Bernama