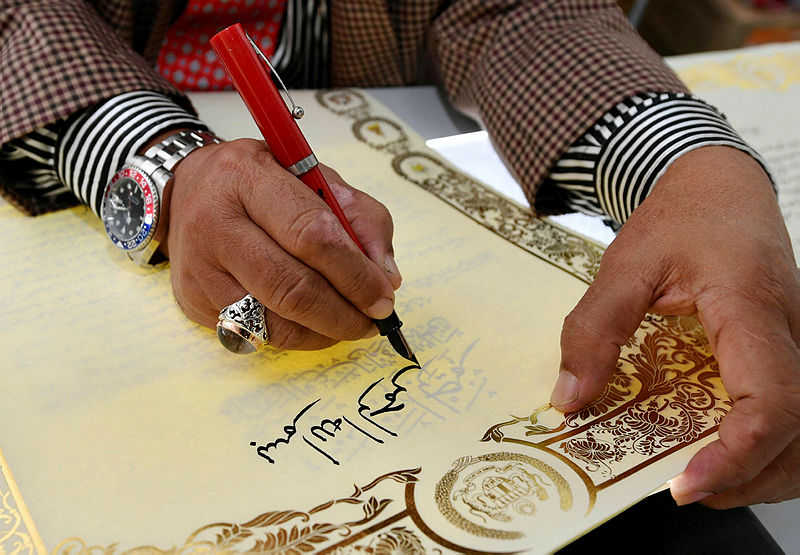 Lim, who is also a national laureate, was of the view that khat or jawi writing has nothing to do with religion or Quranic teaching.

“When I was in primary school, I learned to write and read jawi. There was no problem for me, in fact it didn’t change my identity and my religious belief, ” he said when contacted by Bernama recently.

It was also decided to include khat for the Year Four students by next year.

“I hope parents will not be against their children learning the art of khat writing. It’s just a type of writing, it doesn’t really touch on any particular issue or religion. I think one day these kids will be able to write khat well and to turn it as a source of income,” he said.

Sharing the view, a principal research fellow at the Universiti Kebangsaan Malaysia (UKM)’s Institute of Ethnic Studies Prof Datuk Dr Teo Kok Seong said SJKC and SJKT students now have the opportunity to learn Malay in both jawi and the romanise scripts.

“The art of khat can enhance the creativity of the younger generation. This exercise should not be opposed if we are all of rational minds and want to see our versatile young people living in the multiracial Malaysian community,” he said.

Therefore, he welcome the efforts of the Ministry of Education (MoE)’s plan to strengthen jawi writing as part of the nation’s heritage.

While questioning the actions of some quarters who voiced opposition against the implementation of khat writing for Year 4 students, Teo also said that all parties, especially parents, should not needlessly worry about it as it was a small issue that has been deliberately blown out of proportion.

“The confusion needs to be removed from the mind. Instead of opposing, it’s best to get an explanation. This kind of attitude shows that we have actually failed in the process of establishing a nation of one heart and one soul community,” Teo said.

Teo said, in order to move forward as a united nation, the people must be open to learning the arts and cultures of others in order to understand their uniqueness and strength.

He said the move by the MoE to introduce khat writing was the right move and in line with the status of jawi as nation’s legacy that needed to be preserved. — Bernama