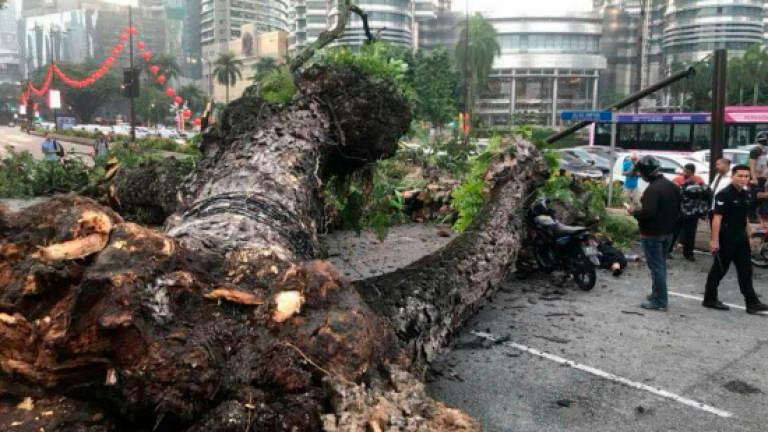 PASIR GUDANG: A lorry driver was killed after a tree fell on the vehicle he was passing through Jalan Sri Wangi 1/5 near the Desa Plentong Industrial area here today.

He said when an operations team arrived at the scene, it was found that a three-tonne Daihatsu lorry had been crushed by a tree from a height of 6.6 meters.

The victim, identified as R. Nasarudin Abd Kadir, in his forties, was found stuck in the driver’s seat and the team immediately used a chainsaw to cut the tree and special equipment to extract the victim.

“The incident is believed to have happened when the lorry, carrying welding equipment was crossing the road when the tree suddenly fell on the moving vehicle,” he said in a statement.

According to Sufian, the team successfully removed the victim but he was declared dead. The victim’s remains were taken to the Sultan Ismail Hospital (HSI) Forensic Department for further action.

Suffian said two engines from the BBP Johor Jaya with 11 personnel were sent to the scene of the incident. The operation ended at about 3.53 pm.