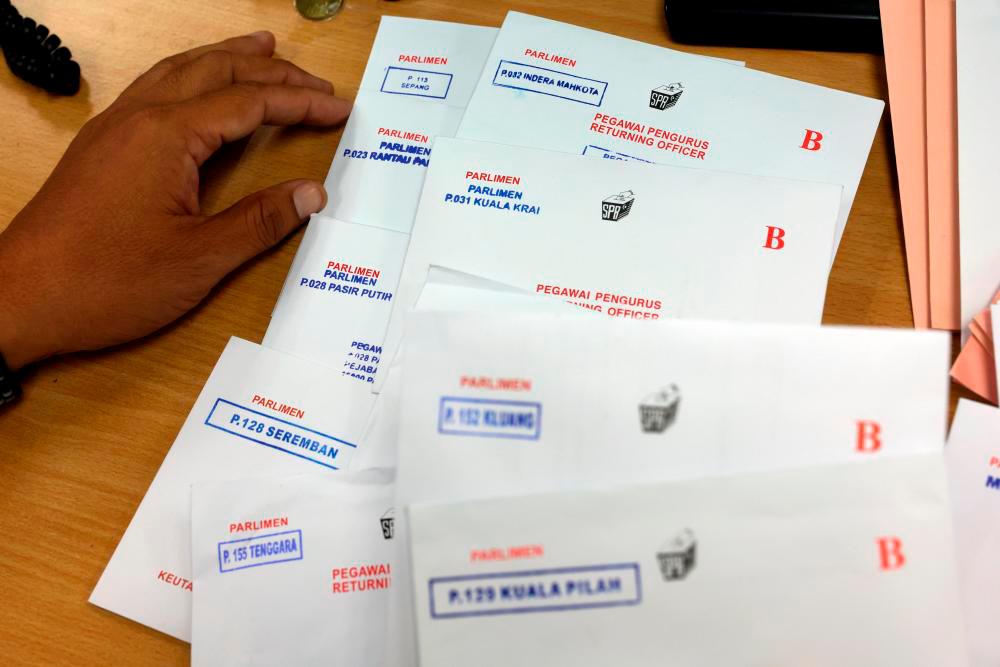 SINGAPORE: Malaysian volunteers under the auspices of 1thirdmedia Movement have successfully brought back about 9,000 postal votes for the 15th General Election from Singapore early this morning.

They have joined hands to collect the postal votes around Singapore from Malaysian voters who are working and residing in the republic over a seven-day of collection campaign.

1thirdmedia Movement is one of the movements teaming up with UNDI18, a Malaysian youth movement, to bring back the postal votes from the island city.

They had done the same during the 15th Johor State Election.

“We feel relieved for being able to complete this duty entrusted to us before voting day. We hope that this votes will reach voting centres throughout the country on time,“ a volunteer, Farrah Diyana Mohamad Ali, told Bernama.

Farrah Diyana, 34, informed that five collection zones had been set up to cover the central, eastern, western, northern, and southern sectors of the island nation, before they were combined to be taken back to Malaysia.

The boxes safely arrived around 2 am at the sorting centre in Kuala Lumpur after the cut-off time for collection at 2 pm on Nov 17 in Singapore.

“Happy... overwhelmed... to be able to bring home this ballot envelopes,“ said another volunteer Calvin Ong.

“It’s a success for our team after a week of hard work collecting the postal votes.

“It’s very tiring but it’s a worthwhile mission for the sake of the country,“ said Ong, 35, who hails from Taiping.

After all the hardship, Ong left a simple but strong message to 21 over million Malaysian voters: “go out and vote”.

According to Undi18’s Twitter, there are a million Malaysian voters overseas. It has been sharing a few photos while receiving ballots from around the world at Kuala Lumpur International Airport (KLIA), with China and Germany being the earliest.

Apart from the 1thirdmedia Movement, the others in the collection parade are Vote Malaysia and Global Malaysian Network.

All the ballot envelopes will be taken to the sorting centre in Kuala Lumpur for the sorting process for the 222 Parliament constituencies and 117 State Legislative Assemblies (DUN) and sent to the states, including Sabah and Sarawak.

The deadline for postal ballot papers to be received by the managing officer at the Election Division is before 5 pm on voting day.-Bernama