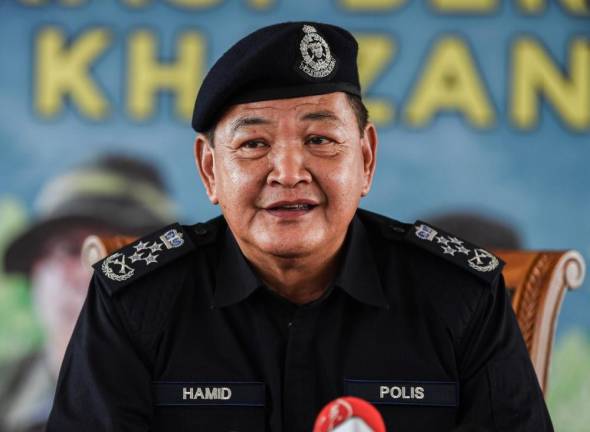 Inspector-General of Police Tan Sri Abdul Hamid Bador (pix) said the police were indeed trying to speed up the investigation process, but the individuals concerned could not attend to give their statements by citing excuses including illness and facing the court process.

‘’If possible we want to be fast. But if they give logical excuses, for example, illness or being tied with the court process and could not turn up to give their statements, they may be given specific dates.

“We will force them to come by following the procedure of the law and issue an order for them to turn up,’’ he said yesterday.

On Jan 8, MACC revealed audio recordings of conversations allegedly involving a leakage of information from the Attorney-General’s Chambers to Najib when he was prime minister, and other discussions linked to investigations on the 1Malaysia Development Berhad dan SRC International Sdn Bhd.

The audio clips were believed to be conversations involving Rosmah, Dzulkifli, a foreign figure and several other individuals. — Bernama