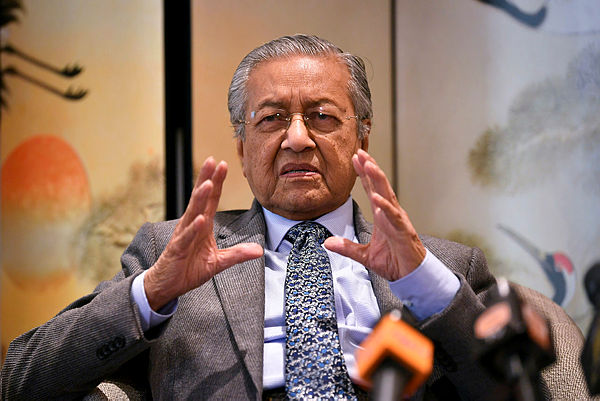 The prime minister said that following police raids on Najib’s residence and the Pavilion Residences in 2018, personal items belonging to Najib and his wife Datin Seri Rosmah Mansor which were seized in the operations were also shown to the public.

“It’s the same (as making public the recordings), no difference... We do not hide from the public until there is a trial,” he told reporters after presenting prizes at the closing ceremony of the Royal Langkawi International Regatta 2020 here last night.

He was commenting on Latheefa’s action in making public the nine audio recordings of criminal conspiracy allegedly involving conversations between the former prime minister and several other individuals on Wednesday.

PKR president Datuk Seri Anwar Ibrahim was today reported as asking Latheefa to explain her action after it was criticised by certain quarters.

Asked if the MACC revelation was unethical, Dr Mahathir said, “What is unethical about that?” — Bernama

Perak will not rush into reopening Pangkor Island to public

1.Federer feels worst is behind him but not rushing return

2.Theme parks may re-open to public in November

5.Fire and Rescue Dept to expand recruitment of PBB SWART officers next year