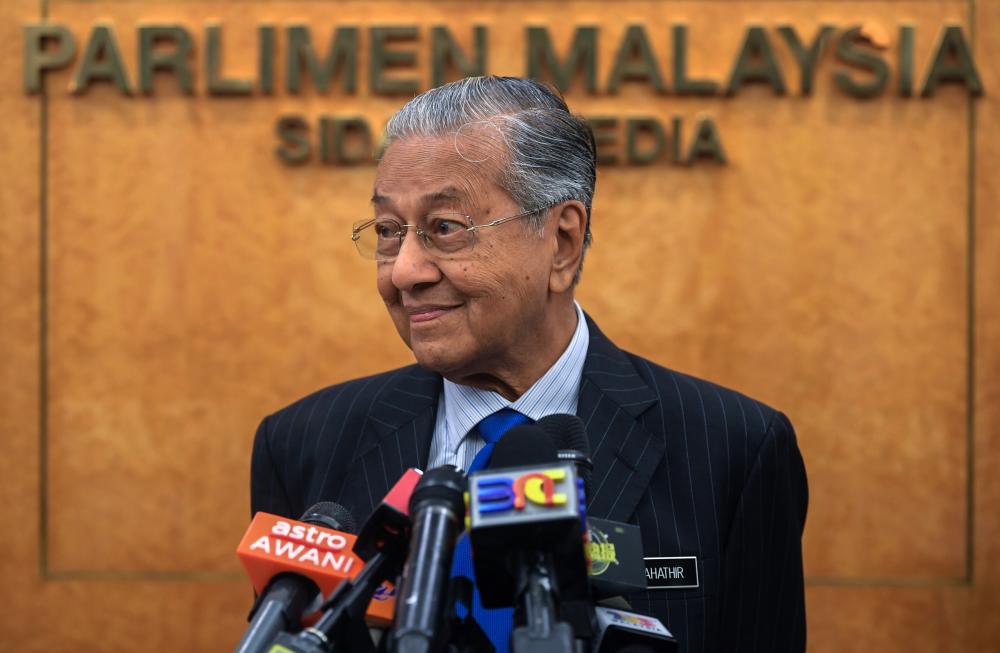 KUALA LUMPUR: The government is reviewing the possibility for the return of Teaching and Learning of Science and Mathematics in English (PPSMI) in schools, according to Tun Dr Mahathir Mohamad.

The Prime Minister said the Education Ministry is in the midst of studying the importance of such a move, noting that English is an international language, particularly necessary in management, businesses and job applications.

“The Ministry is studying in detail the re-implementation of this policy, through a new system that will utilise information technology.

“The best teaching method by teachers in the country will be adopted by all the schools, to ensure that the efficiency of teachings by these top educators can be enjoyed by all students,” he told the Dewan Rakyat, here today.

Mahathir said using English as the medium to teach Science and Mathematics was vital as many researches and findings on the two core subjects were conducted in that language, and they were constantly updated.

He pointed out that if a person is fluent in English, he could gain direct access to new information, without waiting for the translated version.

“Unlike subjects like Geography and History, Science and Mathematics are always expanding. And these subjects are explored in English. So if we don’t master the language, it will be hard for us to make translations. Even in that case, certain aspects can’t be directly translated into the Malay language.

“I feel like our nationalism is encouraging us to stick to our national language. But if we don’t become educated people, our race and language will never progress,” he said.

Mahathir was responding to Fahmi Fadzil (PH-Lembah Pantai) on the government’s stand on PPSMI and if it would be reintroduced in the future.

The policy was first introduced in 2003 by Mahathir himself, with the full implementation completed in 2007 for secondary schools, and a year later for primary schools.

The move, however, was met with stiff resistance from certain quarters, leading to the programme to be abolished in 2012 by then Education Minister Tan Sri Muhyiddin Yassin.

Currently, schools are given the option to adopt the dual language programme (DLP), where the two subjects can be taught in English, instead of making the policy necessary.

On whether the government has received any feedback from the National Education Advisory Council pertaining to this matter, Mahathir said: “They constantly update and provide us with their opinion based on their findings.”

Time to step up and collaborate more in eradicating hardcore poverty: Mustapa

Umno to gather feedback before deciding on political cooperation

1.Time to step up and collaborate more in eradicating hardcore poverty: Mustapa