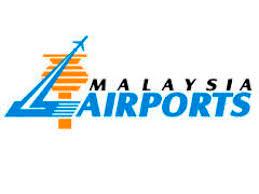 “Malaysia Airports is pursuing its legal rights to recover the debt from AirAsia X which is critical for the upkeep and maintenance of the airports,” it said in response to a local media news report on Oct 24 headlined, ‘MAHB checkmates AirAsiaX’.

“These monies are to be ploughed back into the business to sustain the operation of the airport and ensuring the service levels continue to be delivered to the passengers. Furthermore, the debt owing to us is less than 0.01% from the total debt owed in the scheme,” it said in a statement.

The airport operator noted that AirAsia X has filed an application for a proposed debt restructuring scheme with its unsecured creditors pursuant to section 366 of the Companies Act 2016.

“Malaysia Airports (Sepang) Sdn Bhd (MASSB) takes the view that it is a secured creditor and thus has applied to be excluded from this scheme.

“The exclusion of MASSB in this scheme will neither ‘cripple AirAsia X plans’ nor ‘force AirAsia X to fold’, as claimed in the news report.” it said.

MAHB acknowledged that the aviation industry is facing very challenging and difficult times due to the pandemic.

“However, closing down the airports is not a conceivable option for the nation. Airports are strategic and critical national infrastructure and it has remained operational throughout the pandemic and will have to continue to survive to the best of its ability to serve the public and to ensure the country is not crippled in terms of connectivity,” it said.

It said the Board of Malaysia Airports has the responsibility to act in the best interest of the company in order to protect its shareholders, the country’s air transport infrastructure and more than 10,000 people nationwide under the company’s employment.

“We have always treated all our airline partners equally and fairly. Agreeing to any haircut to one airline will set a precedent for the rest.

“Nevertheless, we acknowledge the importance of AirAsia as a key partner and we shall continue engaging them to find the best solution forward,” it added. -Bernama