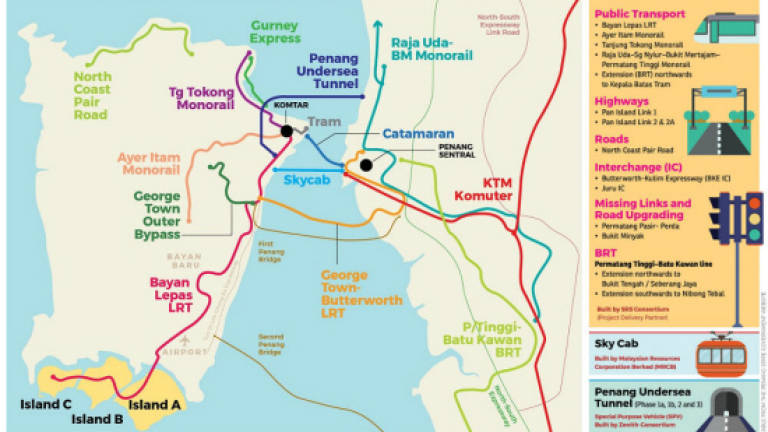 They also understand why there is a need to reclaim the southern part of Penang to help finance the construction of modern transport infrastructure.

Afif, who is the Seberang Jaya assemblyman and a former PKR Youth deputy head, said that there were various engagements with the stakeholders here, especially the youth.

“They understand why we are doing this project,“ Afif said after launching the George Town Community Emergency Response Team (CERT) unit for Bayan Baru.

Afif said that the young appreciate that the master plan and the southern reclamation scheme (SRS) would generate growth and jobs for Penang.

“We want to retain our young workers here, especially the talented lot, who can propel the economy forward,“ Afif said.

The major part is to allow strategic development such as a transport master plan and major reclamation so the state’s economy can grow more competitively.

Penang is losing many of its talents to the Klang Valley and Singapore, so it is important to arrest the trend, said Afif. And an efficient public traffic system can also help in this aspect.

Afif said this in response to a statement by the Penaga assemblyman Faiz Fadzil, who claimed that the SRS scheme will cause a loss of income to fishermen here, and urged the state to reconsider going ahead with the project.

According to Afif, the state and the (project delivery partner) SRS Consortium have held various engagements with the fishermen on the matter. He said they understand the need for the project.

Afif said that the state does not expect wholesale support for the project, which is why it has constantly engaged the experts and the communities here so everyone can understand the importance of the project. And the state would be careful to ensure that the development is sustainable and it causes minimum disruption to the environment.