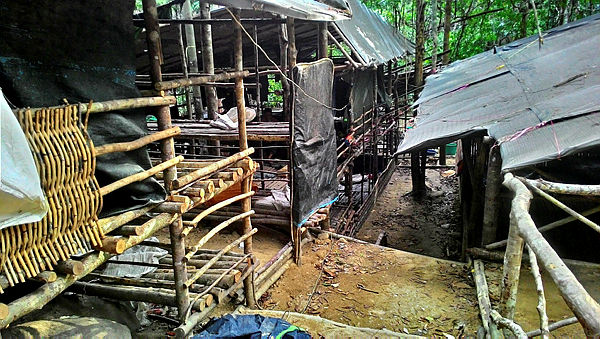 A photo showing the conditions of one of the camps found by VAT 69 personnel on May 25, 2015 — Ihsan PDRM

PETALING JAYA: Human rights groups and lawyers are urging the government to make public the findings from the Royal Commission of Inquiry (RCI) into the Wang Kelian human trafficking camps and mass graves in 2015.

A copy of the report was also later sent to the Cabinet, theSun was told.

However, about three months on, the government has neither made public the RCI report, nor have the people been updated on the findings.

Prominent human rights lawyer Andrew Khoo said three months was sufficient for the government to study the report and circulate internally the findings to the relevant agencies for feedback and response.

“Such reports have to be made public. The people have the right to know what happened, who were involved, and they want to know what action is going to be taken to bring those responsible to justice.

“If they are still not released to the public, then there is always the question of transparency and accountability,” he said yesterday.

Tenaganita director and consultant on anti-human trafficking Aegile Fernandez said it was incumbent that the report be made public, and if there was sufficient evidence, for a public trial to be held.

“I think they have had enough time since September. They just have to study (the report) and make the necessary arrangements. There should be no cover-ups, we all need to know who is responsible for the incident,” she said.

In an immediate response, one of the RCI panellists, former Malaysian ambassador to Thailand Datuk Nazirah Hussain defended the delay, saying the matter needed greater scrutiny due to the enormity and seriousness of the case.

“It’s actually good they are taking a long time to study the report, because that means they are really scrutinising it. It is also up to them (Cabinet) if they want to make it public,” she said.

Another panellist, former Public Accounts Committee deputy chairman Dr Tan Seng Giaw said the King had decreed that the report be presented to the Malay rulers at a future date to be announced soon.

“It is for the RCI chairman (former chief justice Tun Ariffin Zakaria) to table and present it to the rulers. On whether the findings will be made public, that you have to ask the government. We (panellists) have done what we were supposed to do.”

2.Budget 2020 expected to be expansionary, with no new taxes