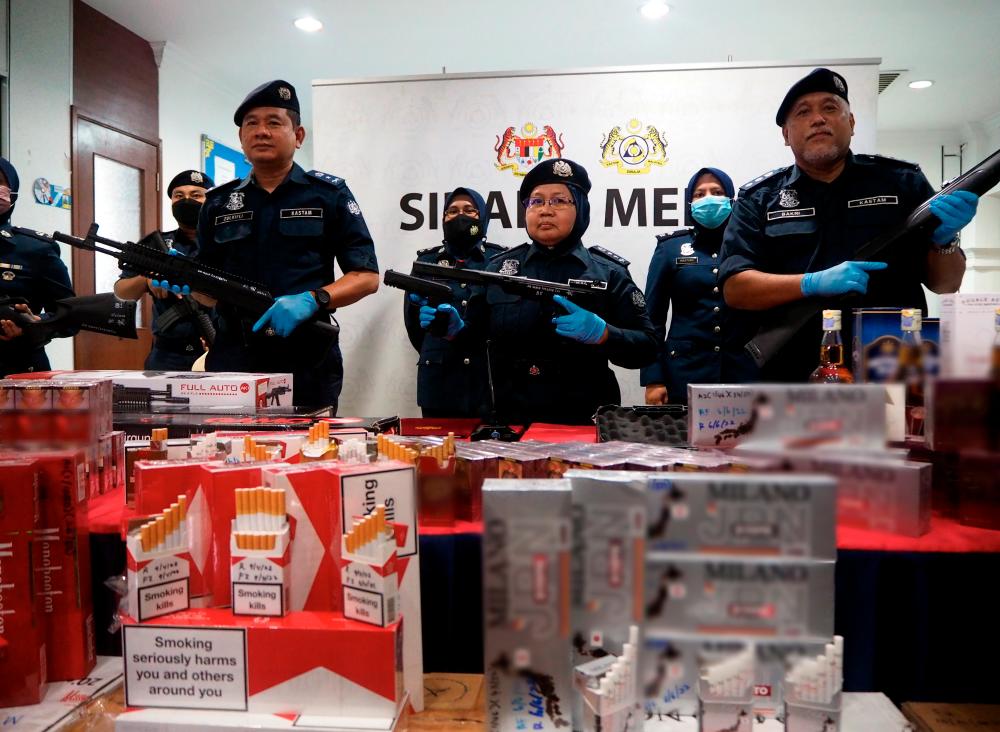 “There was a 15 per cent increase in the number of cases compared to 86 cases during the same period last year.

“These cases involved the seizure of cigarettes, liquor, cars, firecrackers and fireworks as well as firearms,” she told a press conference in Ayer Keroh here today.

Elaborating, she said the department managed to confiscate 10,324,800 cigarette sticks of various brands worth RM7.97 million from storage facilities in three locations around Negeri Sembilan and Johor on Jan 13, April 9 and June 10.

During the raid, all the lorry drivers managed to escape, and upon checking, the vehicles were found to carry 3,380,000 sticks of cigarettes with an excise duty valued at RM2.52 million.

“Meanwhile, on June 8, based on an intelligence report and cooperation of a courier company, JKDM seized two precision airguns, one ‘BB Rifle’ and one air pistol, along with three cans of ammunition at the parking lot of a hotel in Ayer Keroh.

“Following the arrest of a 36-year-old local man, we raided his house in Bemban and managed to seize an air pistol. It is believed that the suspect bought weapons online from abroad and declared them as ‘handicrafts metal decorations’,” she added. - Bernama 3.Martin zips ahead of Miller in Thai MotoGP practice