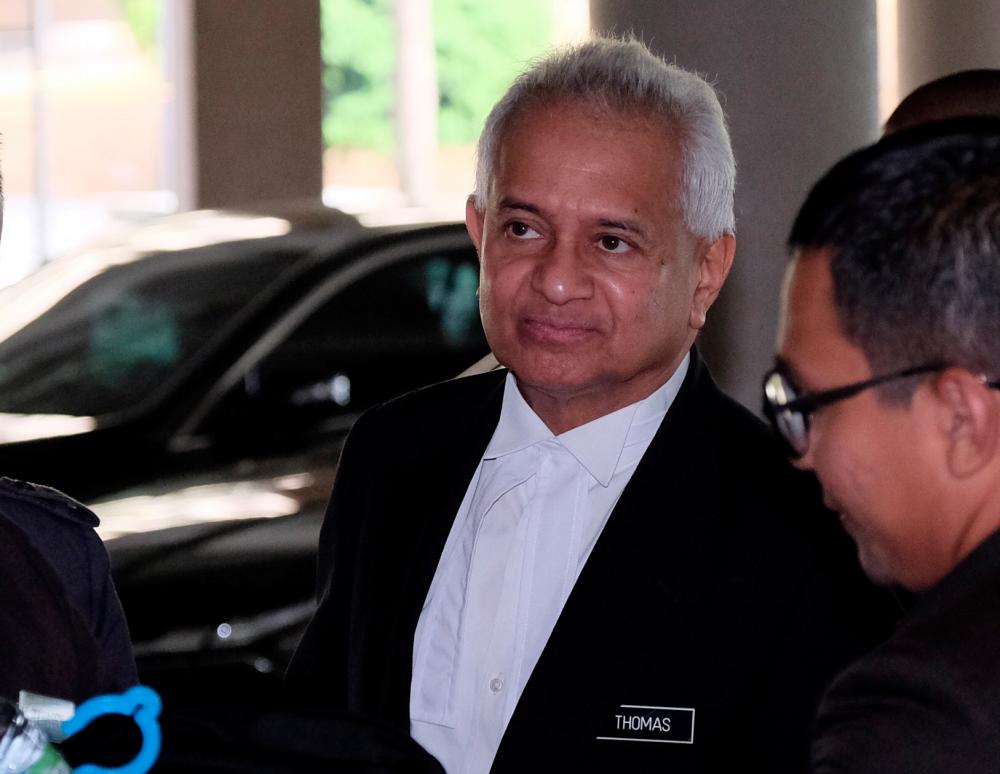 “The charges arise from the commission and abetment of false or misleading statements by all the accused in order to dishonestly misappropriate US$2.7 billion (RM11.3 billion) from the proceeds of three bonds issued by subsidiaries of 1MDB, which were arranged and underwritten by Goldman Sachs,“ Thomas said in a statement issued today.

He alleged that Leissner and Ng had conspired with Jho Low and Loo, who was then general counsel of 1MDB and others, to bribe Malaysian public officials in order to procure the selection, involvement and participation of Goldman Sachs in these bond issuances.

“Goldman Sachs benefited by receiving underwriting and arranging fees of approximately US$600 million which was several times higher than the prevailing market rates and industry norms,“ Thomas said.

This is in addition to personally receiving part of the misappropriated bond proceeds, those employees and directors of Goldman Sachs received large bonuses and enhanced career prospects at Goldman Sachs and in the investment banking industry generally, Thomas added.

“The Offering Circulars and Private Placement Memorandum for the bonds filed with the Labuan Financial Services Authority, the financial regulator of Labuan, Malaysia’s off-shore banking jurisdiction which are the subject matter of the charges, contained statements which were false, misleading or from which there were material omissions by representing to investors that the proceeds of the bond issuances would be used for legitimate purposes, when in fact the proceeds were corruptly and fraudulently misappropriated.”

“Prosecutors will seek criminal fines against the accused well in excess of the US$2.7 billion misappropriated from the bonds proceeds and US$600 million in fees received by Goldman Sachs, and custodial sentences against each of the individual accused: the maximum term of imprisonment being 10 years. Their fraud goes to the heart of our capital markets, and if no criminal proceedings are instituted against the accused, their undermining of our financial system and market integrity will go unpunished.”