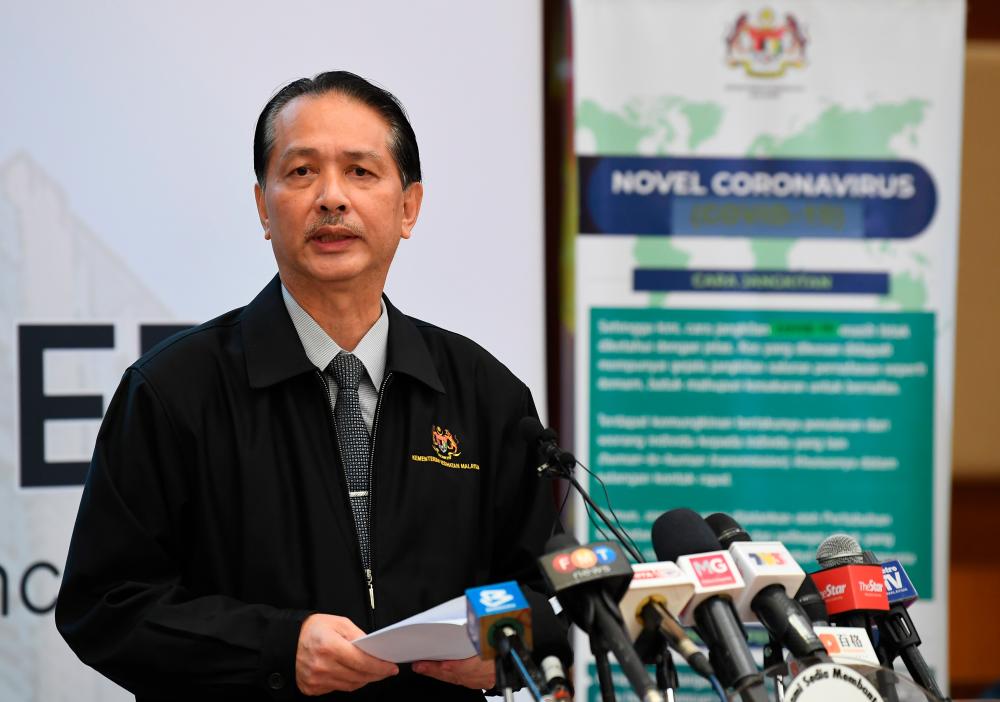 PUTRAJAYA: Malaysia is not out of the words yet in the fight against Covid-19 despite registering the lowest number of infections, 109 cases, today, said Health Ministry director-general Datuk Noor Hisham Abdullah (pix).

He said research by JP Morgan, World Health Organisation and Malaysian Institute of Economic Research indicates that we will hit the peak of infection in a week or two.

He said the total number of cases was 4,228 but the good news was that 121 people were discharged.

“This is the second day running that the number of infected cases is lower than the number of people discharged,” he said in a press conference today.

He said 72 patients are being treated in the intensive care units, with 43 in need of ventilators to help them breath.

“There were two deaths bringing the total number to 67 and one of the deaths involves the youngest patient in the country, aged 23.

“The patient already had an underlying problem, thyroid. He was only admitted to hospital when he had reached stage four of the virus infection on March 30.

“The patient had close contact with two positive cases, number 2,469 and 2,470, from the Kuching Church cluster,“ Noor Hisham said.

He said the ministry is taking the approach of detecting the infection to the lowest level as it had done at City One Condominium, Selangor Mansion and Malayan Mansion.

He said this will allow health personnel to detect the people the 15 who were infected came into close contact with.

Noor Hisham advised the public to continue to practice health safety measures such as properly washing hands even when at home.