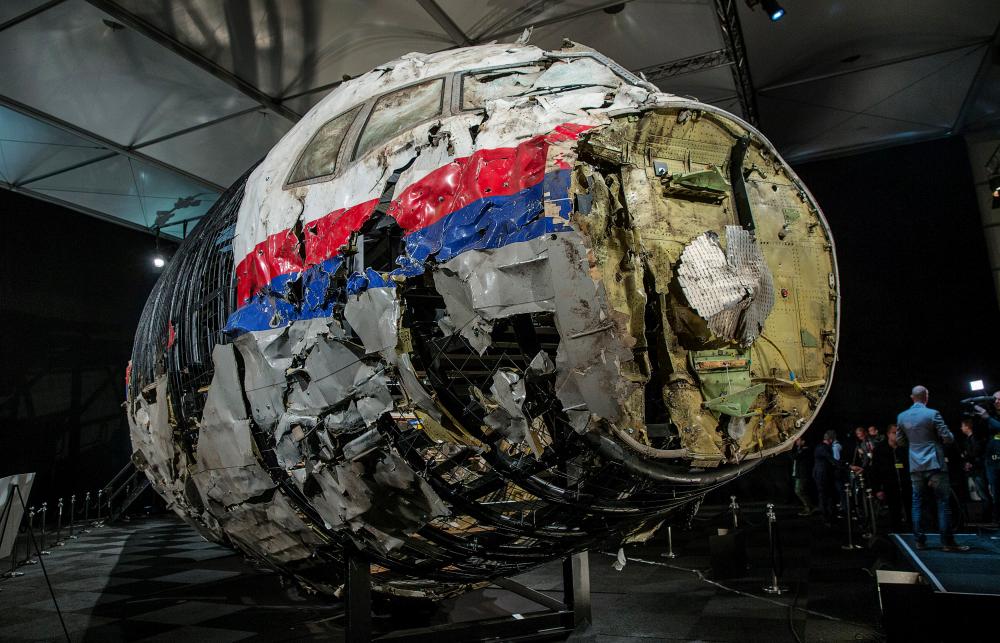 The reconstructed wreckage of Malaysia Airlines flight MH17 which crashed over Ukraine in July 2014 is seen in Gilze Rijen, Netherlands on Oct 13, 2015. — Reuters

He said Malaysia accepted the investigation report of Holland but only up to the point where the plane was brought down by a missile made by Russia.

Mahathir said while the government agreed that the plane was brought down by a Russian missile, it cannot be certain that the missile was launched by Russia.

“They are accusing Russia but where is the evidence? We know the missile that brought down the plane is a Russian type missile, but it could also be made in Ukraine.

“You need strong evidence to show it was fired by the Russians, it could be by the rebels in Ukraine, it could be Ukrainian government because they too have the same missile,“ he said during a dialogue and media conference with the Japanese Foreign Correspondent Club (FCCJ) here today.

Mahathir said people of Russia are military people and they would know that MH17 is a passenger plane.

“I don’t think very highly disciplined party is responsible for launching the missile,“ he said.

The prime minister said Malaysia should also be involved in the examining the black box as the plane belongs to Malaysia and there were Malaysians passengers.

“We may not have the expertise but we can buy the expertise. For some reasons, Malaysia was not allowed to check the black box to see what happened.

“We don’t know why we are excluded from the examination but from the very beginning, we see too much politics in it and the idea was not to find out how this happened but seems to be concentrated on trying to pin it to the Russians. This is not a neutral kind of examination,“ said Mahathir.

Had a neutral party was examining and making the conclusion, Malaysia is willing to accept the findings but here we have parties with political interests in the matter, he added.

Flight MH17 which departed from Schiphol Airport, Amsterdam on its way to Kuala Lumpur, was shot before crashing near Torez in Donetsk Oblast, Ukraine, about 40km from the Russian border on July 17, 2014.

Dutch-led Joint Investigation Team (JIT) said the team was convinced that a BUK TELAR missile was used to down MH17, and that it originated from the 53rd Anti-Aircraft Missile Brigade (53rd Brigade), which is a unit of the Russian Army in Kursk in the Russian Federation. — Bernama