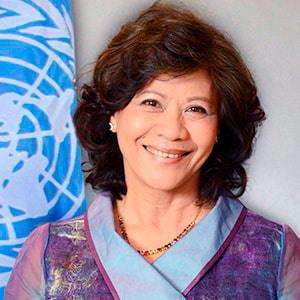 He said Malaysia stands ready to support and engage constructively with the UNSG’s Special Envoy on Myanmar and all relevant stakeholders in resuming the political process to advance a durable and dignified resolution to the situation in the country, including hosting the Special Envoy in Malaysia in the near future.

“As there had been insufficient progress with regard to the situation on the ground, Malaysia is deeply concerned over the humanitarian crisis in Myanmar and its impact on regional security.

“Malaysia also called on the international community to actively support efforts to immediately end the violence and to improve the situation on the ground towards sustainable peace for the people of Myanmar,” he said in a statement Tuesday.

The foreign minister also expressed Malaysia’s gratitude to former UNSG Special Envoy on Myanmar Christine Schraner Burgener for her dedicated service in support of the people of Myanmar during her tenure from April 2018 to October 2021.

According to Xinhua news agency, UN Secretary-General António Guterres had on Monday appointed Noeleen Heyzer of Singapore as his new special envoy for Myanmar.

Heyzer is a member of the UN Secretary-General’s High-Level Advisory Board on Mediation. She was the first woman to serve as the executive secretary of the UN Economic and Social Commission for Asia and the Pacific from 2007-2014.

She was the UN secretary-general’s special adviser for Timor-Leste from 2013 to 2015. In 2008-2009, she worked closely with ASEAN, the government of Myanmar and the United Nations in the recovery efforts following Cyclone Nargis and led a dialogue with Myanmar leaders on development and poverty reduction. — Bernama