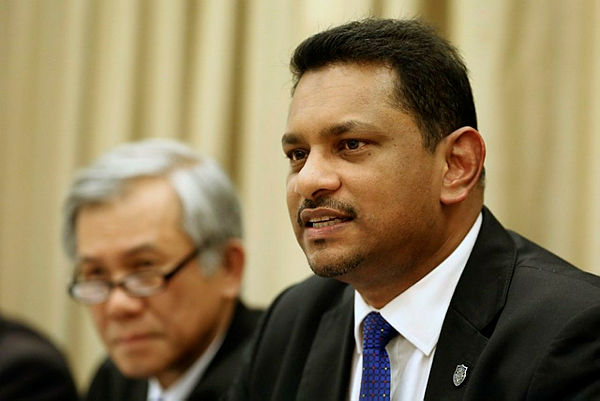 PETALING JAYA: The Malaysian Bar says the Attorney-General’s Chambers has all the rights to ask the Housing and Local Government Ministry to remove its legal counsel from the inquest into the death of firefighter Muhammad Adib Mohd Kassim.

Its president Datuk Abdul Fareed Abdul Gafoor said, in fact, the legal counsel appointed, Syazlin Mansor, should have declined to act for the ministry, the Fire and Rescue Department and Adib’s family, as there is an appearance of conflict of interest towards this case.

“It is highly regrettable that no objections were raised at an earlier stage of the inquest proceedings either by the Coroner or the Conducting Officer once Syazlin Mansor was on record for the parties concerned. The instructions for her to withdraw as counsel at an advanced stage in the inquest may have contributed to a negative perception by the public regarding the turn of events,“ he said in a statement today.

He also said Syazlin had simultaneously represented the Fire and Rescue Department as well as Adib’s family in the inquest, would muddy matters in the event Adib’s family decides to sue the government.

“In these situations, the evidence that had been tendered and led by Syazlin during the inquest - i.e. when she was simultaneously representing the government and the family - could then be used during the subsequent legal proceedings, hence resulting in a clear case of conflict, as the various parties would then have opposing interests,“ he said.

“All parties concerned should have adopted a more prudent and cautious approach from the outset. The failure to do so had led to unnecessary speculation and adverse perceptions,“ he said.

Abdul Fareed emphasised that the Attorney-General was entitled to his move, which should not be seen as suppressing any particular viewpoint in the inquest.

“It is noteworthy that the AG in no way precluded Syazlin from continuing to represent Adib’s family in the inquest; she withdrew from doing so, of her own accord,“ he said.

Housing and Local Government Minister Zuraida Kamaruddin had announced Syazlin’s withdrawal from the inquest over concerns regarding a conflict of interest on May 27.