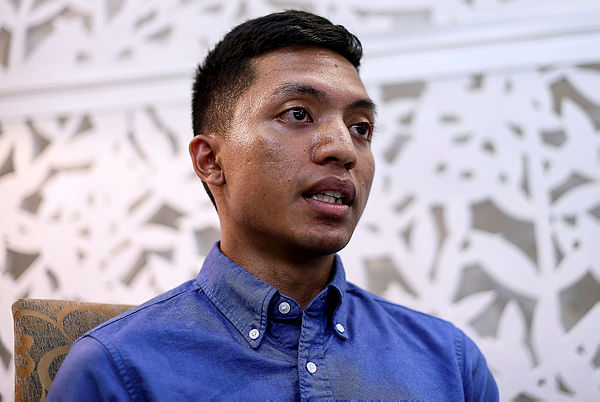 KUALA LUMPUR: Abdul Halim Abdul Rahim has created history and done the country proud by being the first Malaysian to lead a company of 120 cadets at the prestigious United States Military Academy at West Point, New York.

By no means an easy feat, it was a task he undertook with commitment and dedication in his final year at the academy. It required him to take charge of the 120 cadets in his company (cadets at West Point are grouped into companies).

The newly minted graduate with a Bachelor’s degree in Mechanical Engineering entered the army academy as a 19-year-old. He was one of 15 cadets from several countries who received scholarships from the US Department of Defence in 2015.

Now back home, the Kuala Lumpur native recalled his final year as leader of the company, saying he was selected for the task by superiors at the academy.

“There were many challenges especially in dealing with teammates ... their temperaments and personalities, so I often relied on my seniors and officers for advice,” the 23-year-old told Bernama.

That was not all, the four-year military training at the academy was gruelling although he had to first pass equally rigorous physical tests and interviews at the US Embassy before being awarded the scholarship.

“It took me one semester to adapt to the environment at the academy. I also had training in advanced courses for parachuting and abseiling ... they have great equiment there,” he said.

Abdul Halim pointed out that the fast-paced experience during basic military exercises conducted every summer from May to August, was also demanding and had toughened him.

He shared that fasting during Ramadan was usually about 16 hours, adding that Muslims, although a small group, were free to carry out our their religious practices without restrictions.

“Training exercises would go on as normal (even when fasting), but the academy would expect from us the same level of performance as the rest,’’ said Abdul Halim, who was chairman of the academy’s Muslim Cadet Club from last year until his graduation.

He added that one of his most memorable experiences was in producing the ‘Autonomous Drone Delivery via Airdrop System’ as a final year project aimed at supplying the military with special equipment over a short period of time.

The project was presented at a military design competition at the Massachusetts Institute of Technology in March and earned the third spot.

Abdul Halim is now set to face the next chapter and will be reporting for duty as an army officer at the Defence Ministry soon.

It is a dream come true for the son of a naval officer who has always wanted to follow in the footsteps of his father in serving his beloved homeland. — Bernama