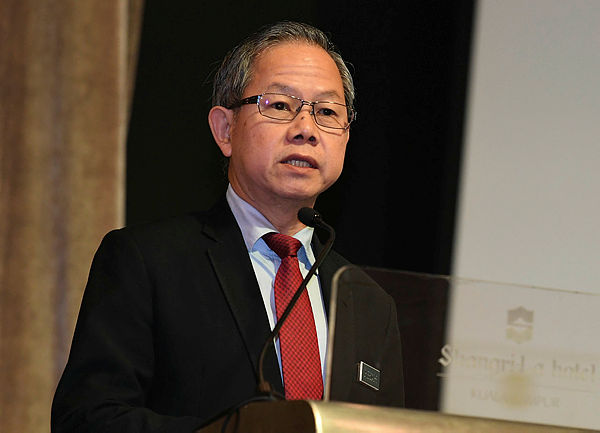 PETALING JAYA: Curious to know how the daily lives of the 107 Malaysians kept under surveillance at the Higher Education Leadership Academy (AKEPT) felt like?

Deputy Health Minister Dr Lee Boon Chye (pix) shared with theSun how those under quarantine had been cared for after they were all allowed to go home yesterday.

Lee said meals were prepared by a Welfare Department (JKM) team and delivered to their respective rooms.

“Wuhan evacuees under special quarantine at AKEPT received meals from a dedicated team from JKM. The meals – which were packed in meal box containers – were delivered to their respective rooms based on their dietary preferences.”

He added they were given four meals daily, namely breakfast, lunch, afternoon tea and dinner.

“A team from JKM and the Ministry of Health (MOH) would review the menu from time to time to ensure their dietary requirements were met.

“The food provider’s premises was also inspected by MOH for compliance of health standards.”

Besides meals, he said a medical team from MOH carried out daily medical and health screening to ensure that those who were quarantined for 14 days were in the best possible mental and physical health.

MOH also deployed a Psychological First Aid team to monitor their psycho-social condition and to reduce the stress of those under quarantine as well as that of duty officers.”

When it came to daily activities of those under quarantine, Lee said they were given daily updates of the programme via WhatsApp and WeChat.

He said there was adequate entertainment for those kept in isolation at the academy, as free internet connection and televisions were provided in each room.

He thanked the Education Ministry and the academy for providing a conducive facility for the returnees.

3.Special committee to identify location to set up centre for the homeless with mental illness