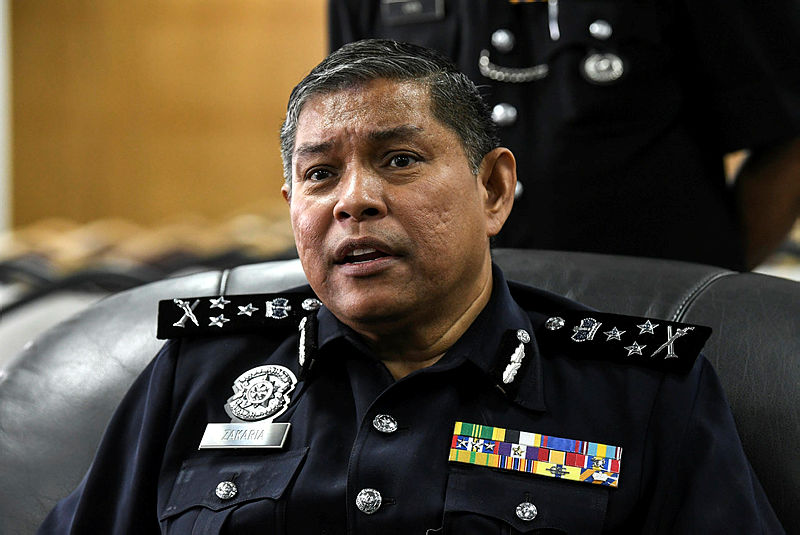 KUALA LUMPUR: It would seem that Malaysians are a gullible lot, as many are easily sweet-talked into parting with their money.

Thousands of Malaysians lose an average of RM2 billion each year to Macau scams, e-commerce fraud and love scams – all of which are committed through the internet or phone calls. Data from the Commercial Crime Investigations Department (CCID) showed that in just the first half of this year, a total of 5,069 people had been conned of more than RM250 million.

But the police have scored major successes too. According to CCID director Datuk Seri Mohd Zakaria Ahmad (pix), 1,973 people have been arrested this year on suspicion of being involved in cyber crimes.

“Our findings show that the modus operandi has not changed. It is like doing business with ghosts where you give your money to the ghosts and in the end, you come to us and ask us to find the ghosts,” Zakaria said.

The scammers are not too choosy about who they target either. A scam usually starts with a phone call or a message online, and even Zakaria himself has received such a call.

“It is strange that they were able to get my details because the information that they had about me was correct,” he said after attending a special forum on cyber and telecommunications crimes at the CCID headquarters yesterday.

“How did they know this information? Who gave it to them? This is the problem. We also don’t know (much) about the sale of data.”

He said he has instructed his men to go after those responsible for leaking personal information.

This causes the victim to react either in extreme elation or stress, and in that heightened state, they are usually easily persuaded to part with their money either to “win more” or “settle the case”.

African or love scams involve foreigners sweet-talking lonely women and professing their love for the victim shortly after first contact.

Once the victim is hooked, the “suitor” would persuade the victim to deposit money into an account to facilitate delivery of a gift that has been purportedly sent to the victim. Other times, the suitor would say he has travelled to Malaysia to meet the victim but has been detained by the authorities, and needs money to “secure his release” so that they can be together.

In a related matter, Zakaria said police detained 501 people nationwide for allowing others to use their bank accounts for fraudulent online activities.

“CCID conducted an operation, codenamed Ops Mule Account, for two weeks in July and rounded up the suspects,” he said.

“Next, we will launch ‘Ops Kesan’ and will go after the masterminds.”