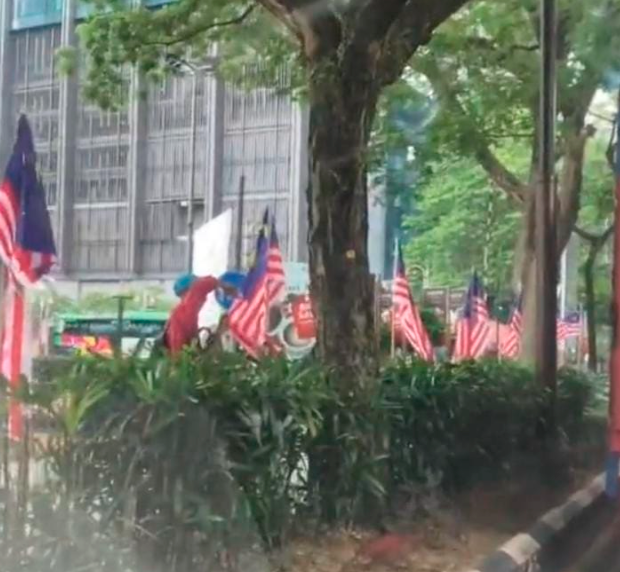 Dang Wangi district police chief ACP Noor Dellhan Yahaya said the 41-year-old man was arrested after a report was lodged over the matter when it went viral on TikTok.

He added initial investigation showed that the incident occurred near the MATIC building, Jalan Ampang at 12.37 pm yesterday (Aug 17).

“The individual was nabbed at 12.30 pm to assist investigation under Section 427 of the Penal Code. The suspect will be remanded tomorrow,” he said in a statement today.

The 37-second video which went viral on TikTok, showed a man in a red shirt and a blue cap cutting several Jalur Gemilang installed on the footpath believed to be in front of the MATIC in Jalan Ampang here. - Bernama 3.Putin, the leader dreaming of Russian grandeur at any cost