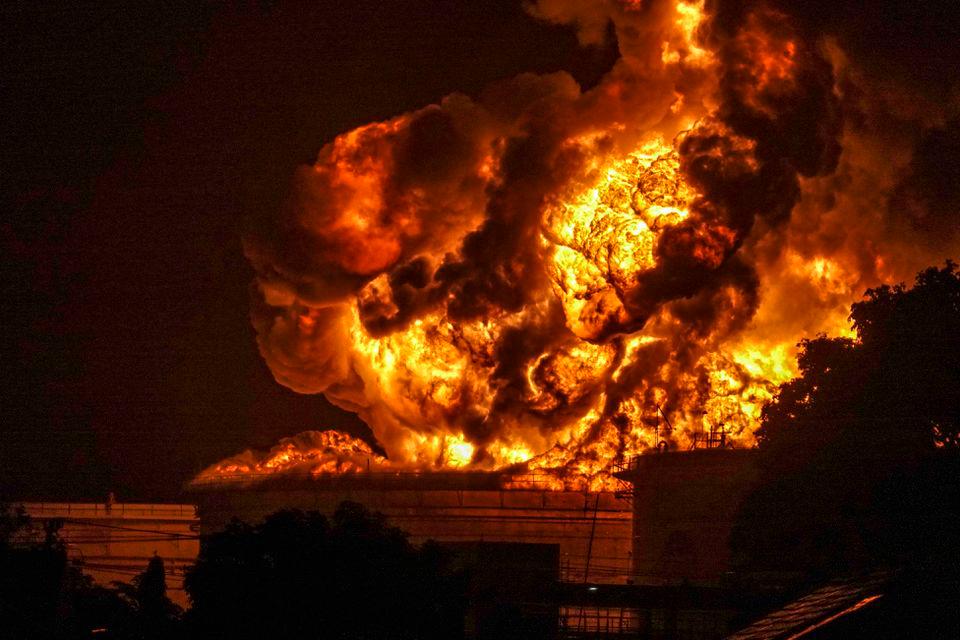 IPOH: A man was found dead in a fire incident that occurred at his office on a fishing platform at Jalan Tepi Sungai, Hutan Melintang in Bagan Datuk, yesterday

Hilir Perak Police chief ACP Ahmad Adnan Basri said the 43-year-old man was found slumped in a chair, with half his body and the chair burnt.

He said they received information about the incident at 8am yesterday from a man who heard an explosion on the fishing platform.

“The impact of the explosion damaged the entire office room on the fishing platform. The air-conditioned room had an office desk and was airtight.

“There were no other workers at that time. The witness is the owner of the adjacent fishing platform who heard the explosion and helped put out the fire as well as contact the fire department,“ he said in a statement last night.

Ahmad Adnan said the results of the investigation by the Bukit Aman Royal Malaysia Police Bomb Disposal Unit as well as the forensics of the Fire and Rescue Department found no flammables at the scene.

He said the cause of the explosion is believed to be from the condensation of unidentified flammable material.

“No criminal element was found. The victim also had no family or business-related problems. The case is believed to be due to negligence and has been classified as sudden death.

“The victim’s body was taken to the Teluk Intan Hospital for a post-mortem, which will be carried out today to determine the cause of death,“ he said, adding that investigations are ongoing. World Cup lights up to show support for hospitalised Pele