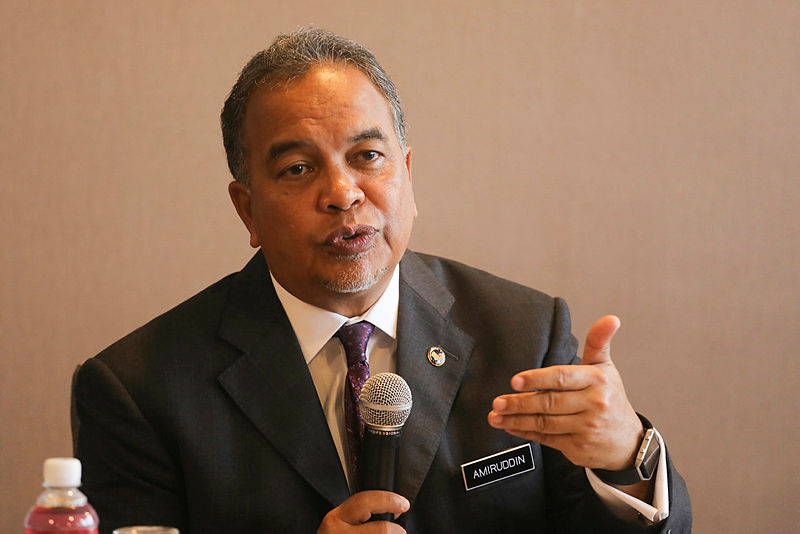 Former Deputy Finance Minister Datuk Seri Amiruddin Hamzah (pix) said the economy has been stagnant for the last two quarters of this year largely due to a combination of external and internal factors.

For now, the strong fundamentals drive the country but over time the uncertainties would bite into growth in the last half of this year and hurt business sentiments, the Kubang Pasu MP said after a briefing to Parti Pribumi Bersatu Malaysia members here about the political situation.

Earlier, the country weathered the headwinds from the US-China trade war, Britain’s exit from the European Union (Brexit) and the general economic slowdown with packages to improve domestic consumption and to reduce debt.

“The ministry had also tackled the emergence of the novel coronavirus (Covid-19) positively with a stimulus package but now we have a political impasse.”

This is difficult as the impasse is a first for the country and there is no solution in sight unless the new government can introduce progressive reforms; strengthen fiscal policies as well as eradicate major corruption, he said.

This year, growth is expected to be better than last year in part due to the push in the domestic consumption through the “Visit Malaysia Year 2020” campaign.

Amiruddin said Muhyiddin will inherit a mounting public debt of some RM1 trillion which was previously addressed but it can balloon again due to the capital flight, ringgit’s weakness against major currencies and concerns about political stability.

He warned that initial reports from foreign media about the impasse were less favorable and it would drive foreign investor sentiments away from Malaysia.

“We need to showcase that we are back on track but we also have external factors which have hampered our traction such as the covid-19,” he said.

In the fourth quarter of last year, Malaysia’s growth slowed to 3.6%, which is the lowest in 41 quarters since 2009, according to Bank Negara Malaysia.

So the challenge was already there, but now suddenly there is this political disruption; Muhyiddin has a huge task on his hands, said Amiruddin.

To regain momentum, he urged the public and private sectors to work better together to boost spending and investments while also showcasing positive efforts to contain the virus and to return with political stability.

Three localities in Pahang, one in Sabah under EMCO from Monday - MKN

Three localities in Pahang, one in Sabah under EMCO from Monday - MKN

2.Three localities in Pahang, one in Sabah under EMCO from Monday - MKN