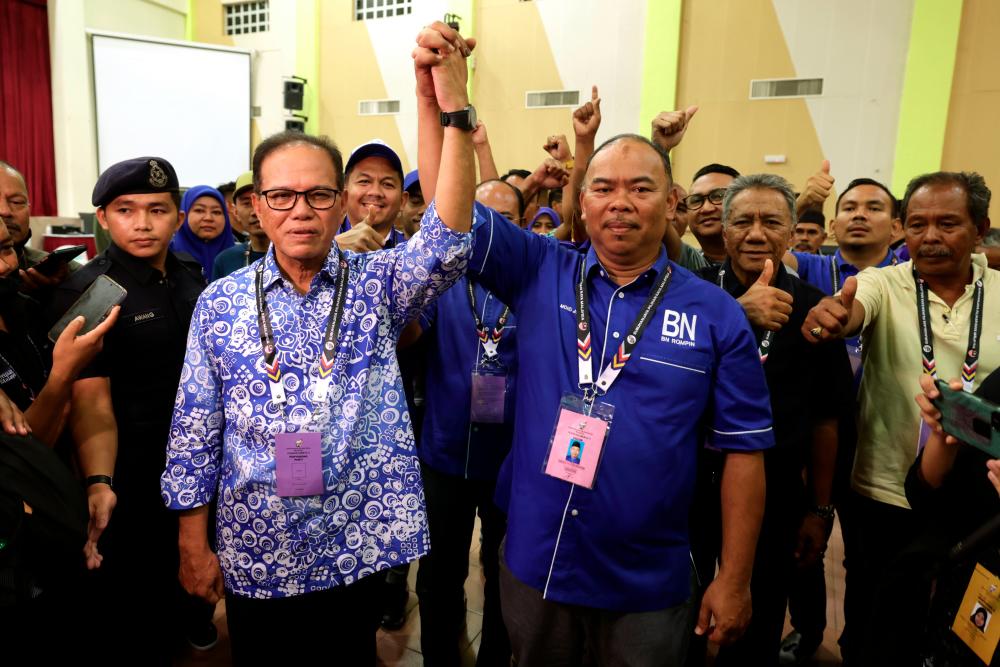 The GE15 results saw a hung Pahang State Assembly for the first time as no party obtained a simple majority of 22 seats to form the state government. BN had won 16 seats, one less than Perikatan Nasional (PN) while PH won eight.

Of course, the people can accept it, otherwise, how can we possibly win... I have explained several times that the state government had to be formed (between BN and PH) so that we can carry out our duties for the people.

“If this is not done, it will be a hung situation, the state government can’t be formed as it is the people who will lose out,” Wan Rosdy, who is Pahang Menteri Besar, told reporters when met at the Tioman constituency vote tallying centre at Dewan Jubli Perak Sultan Haji Ahmad Shah here yesterday.

The decision to cooperate with PH in Pahang, according to Wan Rosdy, is in line with the formation of the government at the Federal level, which he said will help the state government carry out its plans.

Wan Rosdy was also confident Mohd Johari would be a responsible elected representative for the Tioman constituents.

Mohd Johari, meanwhile, said his win as well as the cooperation with PH meant that the people want a government that can bring about political and economic stability in Pahang.

“I am also grateful to the Pahang BN chairman (Wan Rosdy) for helping out (in the election) and for establishing close cooperation for the sake of the people’s interests and stability,” he said.

Mohd Johari also thanked the BN and Umno leadership and machinery for their hard work and support.