Measures are in place to contain effects if global economy worsens: MoF 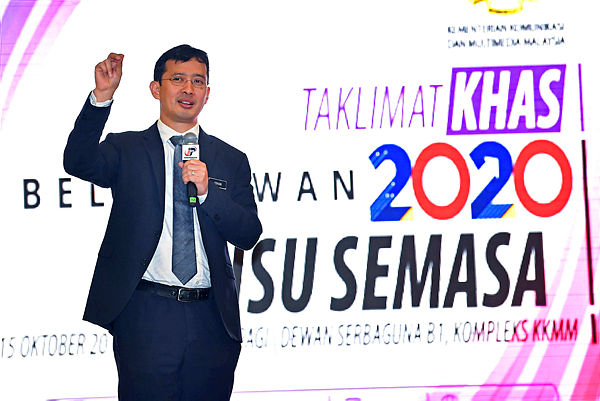 KUALA LUMPUR: The government is cautiously optimistic on the gross domestic product (GDP) forecast of 4.8% next year with some measures are in place to contain effects if the global economy worsens.

Director, National Budget Office of the Ministry of Finance Johan Mahmood Merican (pix) said the government had set a realistic growth target based on the economic performance in the first half of this year.

“We will continue to monitor the global situation closely, especially relating to the trade war between the US and China,” he said during KPMG Tax and Business Summit here today.

He was commenting on concerns raised by the International Monetary Fund (IMF) that the global economy was in a synchronised slowdown and had downgraded growth for 2019 to 3.0%, its slowest pace since the global financial crisis.

“Growth continues to be weakened by rising trade barriers and increasing geopolitical tensions. We estimate that the US-China trade tensions will cumulatively reduce the level of global GDP by 0.8% by 2020,“ said IMF in a report released recently.

Meanwhile, KPMG Advisor for Indirect Tax Datuk Tan Sim Kiat said the government together with the Royal Malaysian Customs Department should continue to strengthen enforcement on liquor and tobacco products to prevent leakage.

He said the government was currently losing substantial tax revenue from the two segments.

Tan also suggested that the authorities go after companies that did not register for income tax based on the previous Goods and Services Tax (GST) database.