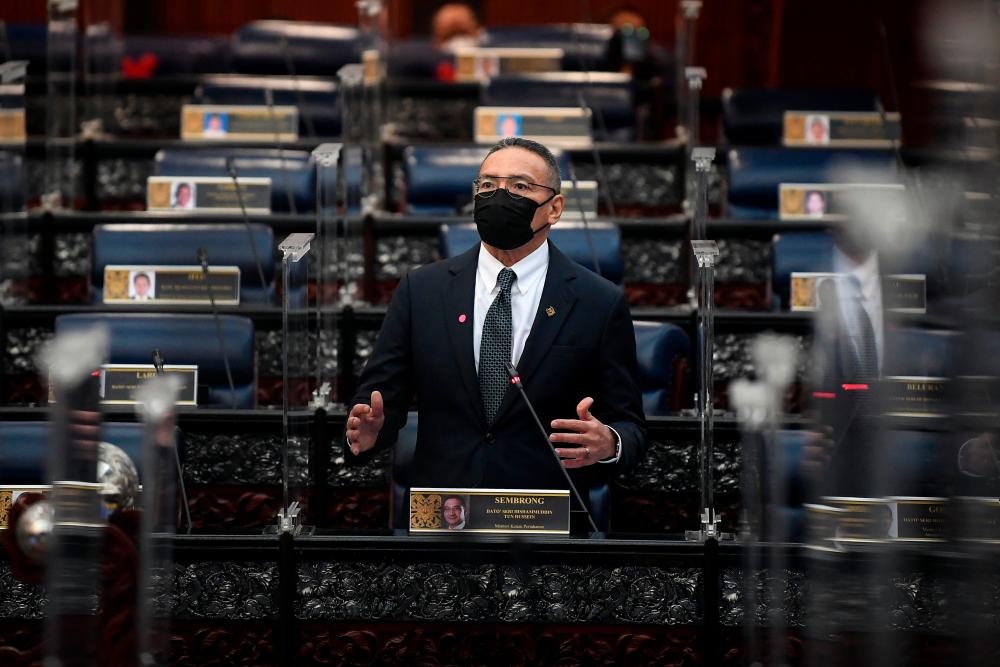 KUALA LUMPUR: The government has to balance between the demand for health and safety and the demand for democratic practice in holding the Melaka state election, Senior Defence Minister Datuk Seri Hishammuddin Tun Hussein said.

He said the government was fully aware of the public concerns, and that was why the state election would be held on the condition that it will be with strict standard operating procedures (SOPs).

“When we decide to ask His Majesty (Yang di-Pertuan Agong) to consider not to declare an emergency, that means that the (Melaka) state polls had to be called.

“The fact is that the decision was made on the condition of having strict SOPs so that everything that we have done in response to Covid-19 will not go down the drain just because of one state election,” he told a press conference at the Parliament building here today.

Hishammuddin who is in charge of managing the pandemic under the National Security Council (MKN) said the government would ensure that nothing would be able to provoke or trigger public anger against the politicians before the nomination day on Nov 8.

On the ban on all activities, gatherings and social events related to the Melaka polls imposed by the Ministry of Health so as to curb the spread of Covid-19, the Sembrong MP said he believed that the decision was made following the rising trend of people holding such social activities, gatherings and events which actually related to the state election

“That is the trend that we cannot allow now as the Election Commission (EC) is only vested with the power to control the Melaka election process from the nomination day on Nov 8.

“Before Nov 8, the responsibility as enshrined under Act 432 are vested on the MOH, to be monitored by the MKN and enforced by the KDN (Home Ministry),” he said.

Prior to this, Health Minister Khairy Jamaluddin announced that all activities, gatherings and social events related to the state election, including the launch of party election machinery, were prohibited from Oct 25 to Nov 27.

The Melaka state election is being called following the dissolution of the state assembly after four assemblymen declared that they have lost confidence in Chief Minister Datuk Seri Sulaiman Md Ali.

2.‘Tonight’s the night’: Barbados prepares to become a republic